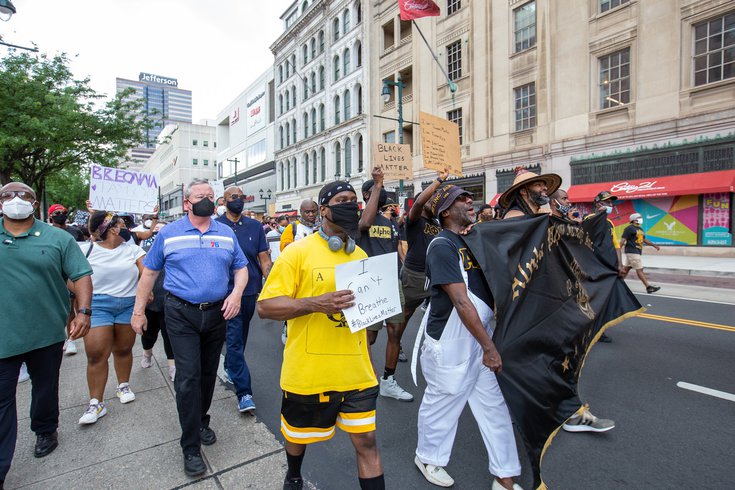 Philadelphia Mayor Jim Kenney, seen above in the blue 76ers shirt walking with Black Lives Matter demonstrators on June 6, 2020, has made Juneteenth an official city holiday for 2020.

Juneteenth, the emancipation holiday that commemorates the end of slavery in the U.S., will be recognized as an official city holiday.

"Now more than ever, it's critically important to acknowledge America's original sin of slavery — something we as a nation have never atoned for," Kenney said. "The only way to dismantle the institutional racism and inequalities that continue to disenfranchise Black Philadelphians is to look critically at how we got here, and make much-needed changes to the governmental systems that allow inequality to persist."

The proclamation, declared an end to slavery in the rebellious states but could not be enforced in places under Confederate control. Slavery was formally abolished after Congress ratified the 13th Amendment to the U.S. Constitution six months later in December. It is observed in 47 states, including Pennsylvania, but it is not considered an official holiday.

Reconciliation Steering Committee members agreed with the city's decision to designate the holiday. Kenney started the group in earlier this month after protests and civil unrest occurred throughout the city. The committee addresses issues long-raised by black communities in Philly to increase racial equality and enact meaningful reforms.

"This designation of Juneteenth represents our administration's commitment to reckon with our own role in maintaining racial inequities as well as our understanding of the magnitude of work that lies ahead," Kenney said.

The observance of Juneteenth was created by executive order and is specific to this year, but Kenney plans to institute Juneteenth as a permanent official city holiday.