Incident occured after lifeguards had left the beach 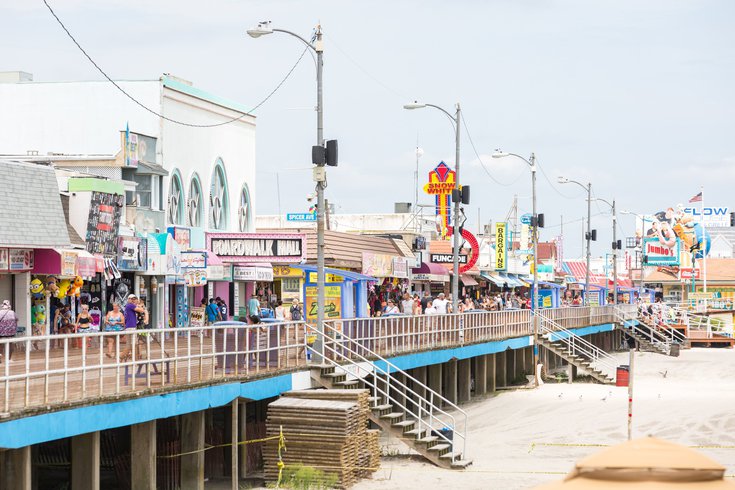 Tyree Ward, a Philadelphia auto mechanic, helped save a woman who was drowning in Wildwood, New Jersey on Monday night.

A Philadelphia auto mechanic is being hailed for his heroic actions in Wildwood on Monday night.

Tyree Ward was at the beach with his family when a woman frantically approached and asked him to save her friend, who was struggling to swim in the ocean, fire officials said.

"Without hesitation, Mr. Ward entered the water and swam out to the victim," the Wildwood Fire Department wrote in a Facebook post. "Mr. Ward’s selfless actions most certainly saved this woman’s life."

The incident occurred near Baker Avenue around 8 p.m., when lifeguards were no longer on duty.

Ward secured the woman and brought her closer to the shore before Wildwood Beach Patrol's ALERT Team lifeguards arrived to assist.

"I went under water, pushed her," Ward said in a video posted to Vimeo by fire officials. "Once we got to better water, I just picked her up and started walking back with her. She had no energy or strength left in her."

Mr. Tyree Ward, an auto mechanic from Philadelphia, was visiting Wildwood last evening with his family and saved a...

Posted by City of Wildwood Fire Department on Tuesday, July 14, 2020

Firefighters and police also responded to the scene. The 20-year-old woman, who was not identified, was transported to Cape Regional Medical Center.

Emergency personnel met with Ward later Monday night. They gave him a t-shirt and a hat in appreciation for efforts.

Watch Ward tell firefighters about his heroic efforts below: