The team has reported 12 confirmed coronavirus cases since last Friday 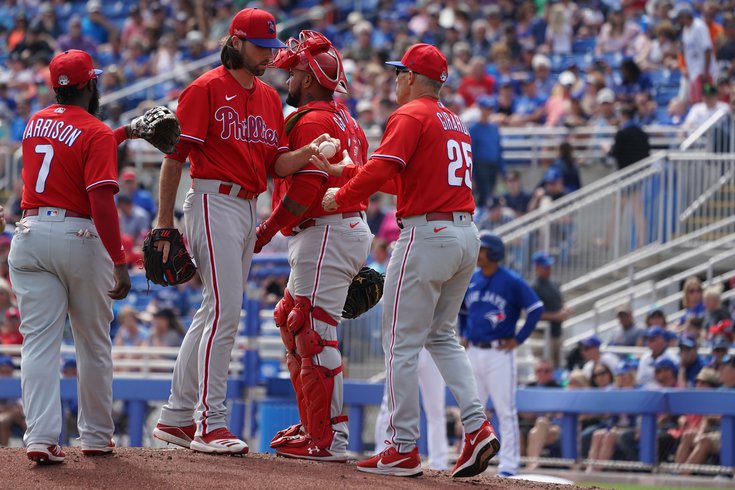 The Phillies have shut down their facility in Clearwater until further notice due to the COVID-19 outbreak within the organization.

The latest COVID-19 diagnoses include two players and two staff members — three were based at the team’s facility in Clearwater, Florida. The identities of those who tested positive for the virus are not known at this time.

There have now been 12 confirmed COVID-19 cases within the Phillies organization after the team announced Friday that eight people in Clearwater had tested positive – all are reportedly doing well and none have been hospitalized. The first COVID-19 case was diagnosed last Tuesday, the team said.

As a result of the COVID-19 outbreak in Clearwater, the Phillies have indefinitely shut down their facility to all players, coaches, and staff. The facility will remain closed until it has been disinfected and medical professionals believe that it is safe to reopen.

To mitigate the spread of the virus and discourage large gatherings at the facility, the team had implemented staggered workout schedules and constant cleaning of all equipment in Clearwater.

Team owner John Middleton said last week that the Phillies "are committed to the health and welfare of our players, coaches and staff as our highest priority."

The announcement of more COVID-19 cases within the Phillies organization comes as coronavirus infections across Florida continue to spike.

If the proposed 60-game 2020 MLB season actually takes place, the Phillies could be back for a second training camp as soon as next week before games begin at the end of July. However, the team is expected to hold its preseason workouts at Citizens Bank Park in South Philly rather than at its Clearwater facility.