What a 60 game season means for the Phillies 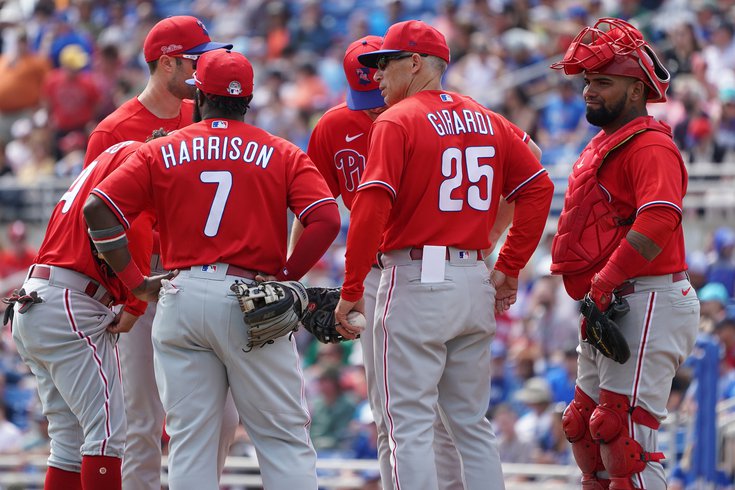 The Phillies will have a few weeks of spring training games to get ready for the 60 game season.

After months of negotiations that seem to have yielded no winner — just annoyed and frustrated fans, owners and players — Major League Baseball appears slated to return at the end of July. The final resolution is a 60 game season with a regular playoff structure — not expanded to 16 teams, as had been discussed — with five teams from each league.

We've discussed at length all the implications of many of the rejected plans for the Phillies, who no doubt still stand to benefit from the shortened season, at least from a competitive standpoint.

In each of the last two seasons, the Phils got off to relatively hot starts before fading fast in the fall. Here's what would have happened with 60-game seasons in 2018 and in 2019:

Two seasons ago, the Phillies would have just missed the second wild card spot by a single game to the Cardinals. Last year, they actually would have won the NL East and had a bye to the divisional series.

The Phillies seem to be much better out of the gate than they are at the end of the marathon. Now, let's look at the last 60 games in each of the last two years:

The 2018 season is an interesting case in streakiness. The Phillies had a 58-44 record on July 26, the second best in the National League. They proceeded to go 22-38 over their final 60 games, missing the playoffs. Last year, the Phils were more consistent, but other teams outplayed them down the stretch. The Nationals, who came screaming back to go 38-22, won a wild card berth after a horrid start. They would beat the Astros in the World Series.

That's precisely how the Phillies can win in 2020 — the Washington model. If they are able to get hot, it doesn't matter if they are the best team in baseball. The NHL, like college basketball, lives on upsets in the postseason. It's one of the things that makes their respective postseasons so exciting. Here are the last 10 years in the four major sports:

Baseball doesn't really do that. The regular season, which is typically 162 games, really separates the men from the boys. This new season won't do that. Really, almost everyone will have a chance.

The Phillies in particular will benefit too from having a designated hitter. Phillies pitchers hit .121 in 2019, 11th of 15 NL teams. Last season's MLB average for DH batting was .247, an obvious improvement. The added at bats for offensive players could open the floodgates for top prospect Alec Bohm to make the big league roster and play regularly. It will also give more chances to power bat Jay Bruce, who bats from the left side and could platoon at DH with Bohm.

The Phillies' weaknesses, starting pitching among them, could be made less impactful by a condensed schedule. Arms will be fresh for the entire season and Joe Girardi will likely be able to focus on what works in a sprint to the finish, instead of a long drawn out cross country race.

For top teams like the Dodgers and Yankees, a short season probably makes it less likely that they perform as expected. For teams trying to overperform, it's a huge advantage. It's worth noting that, at the time of publishing, the Phillies were +2,500 to win the World Series, 14th best of 30 teams competing for 10 playoff berths.

MLB squads are being asked if they can start their "spring training 2.0" by July 1, with games beginning the third week of July. Baseball is close.

Here's hoping it's safe, and distracting enough to take our minds off not only the pandemic, but also the horrible financial strife that really did threaten the 2020 season. If there are any more hiccups, it could threaten the future of the sport.