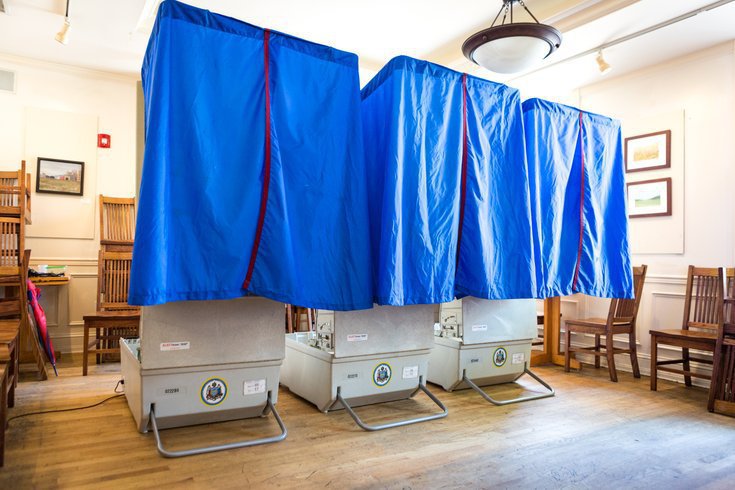 Philadelphia poll workers will receive a $250 stipend for managing the polls on Election Day and completing a training session beforehand. The city is looking to hire 8,500 poll workers.

Philadelphia is seeking to hire 8,500 poll workers to staff the city's polling places during the upcoming general election.

As usual, the city will utilize more than 800 polling locations on Nov. 3. During June's primary election, the city substantially reduced polling places to 190, but they will not be consolidated for the general election.

As an incentive, poll workers will receive $50 to participate in a training session and another $200 for working Election Day – the maximum amount permitted by state law. The city increased the stipend from $140 prior to the primary election.

Election officials have been concerned about staffing, partly because many poll workers are older and thus more vulnerable to severe COVID-19 complications. In 2018, around six of 10 poll workers were older than age 60. They may be wary of working the polls this fall.

Sabir said the increased stipend is a response to the consistent challenge of hiring poll workers – not a direct reaction to COVID-19's impact on the availability of poll workers.

"The vacancy of the poll worker position has always been an issue for election boards across the country," said Commissioner Sabir. "We thought the poll workers were underpaid before."

On Tuesday, Commissioner Omar Sabir's office hosted a poll worker recruitment drive aimed at hiring millennials and encouraging voting among 18- to 25-year-olds, who traditionally are less likely to vote.

"People was young as 17 can be machine operators, and we need you guys," Sabir said. "It's good for democracy to bring in (younger) people."

The event, originally slated to occur at Temple University, took place at City Hall due to the university's coronavirus outbreak. A few hundred people attended.

Sabir deemed it a success, adding that "people have been calling the office every hour" to learn about becoming poll workers. The city wants to hire enough poll workers to ensure that polling locations will have workers in case of cancellations and be prepared for a hybrid election.

Many Philly voters are expected to utilize vote-by-mail options due to the ongoing threat of COVID-19. State officials have attempted to make mail-in voting easier by offering to pay all postage on mail-in ballots. But officials still anticipate a high turnout at the polls due to the presidential election.

Pennsylvania is expected to be a battleground state in the presidential election. Polls show Democrat Joe Biden leading President Donald Trump in Pennsylvania, but the race is narrowing.

Requirements of the job

Prior to Election Day, poll workers must attend a 30-minute training session class that provides instructions on managing a polling place.

On Election Day, workers typically arrive at the polling location before the polls open at 7 a.m. and continue working beyond 8 p.m., when the polls close. They check-in voters, set them up at voting machines and ensure voting runs smoothly throughout the day.

People interested in becoming a poll worker must meet the following requirements:

• Be a U.S. citizen
• Be a registered voter in Philadelphia
• Be 18 years of age (unless you are 17 years old and actively enrolled in high school or secondary school)
• Not be an elected public official or a candidate.

"As people begin to make plans to head to the polls, we will need responsible, reliable citizens to volunteer to serve as poll workers on Election Day," the city wrote in an online posting. "Poll workers do the key work of ensuring people exercise their right to vote."