Many Philly public schools will start the day at new times in August, but families don't know specifics yet

Last week, the district published incomplete and at least partially inaccurate details of when students will need to arrive. Officials promise a complete list soon 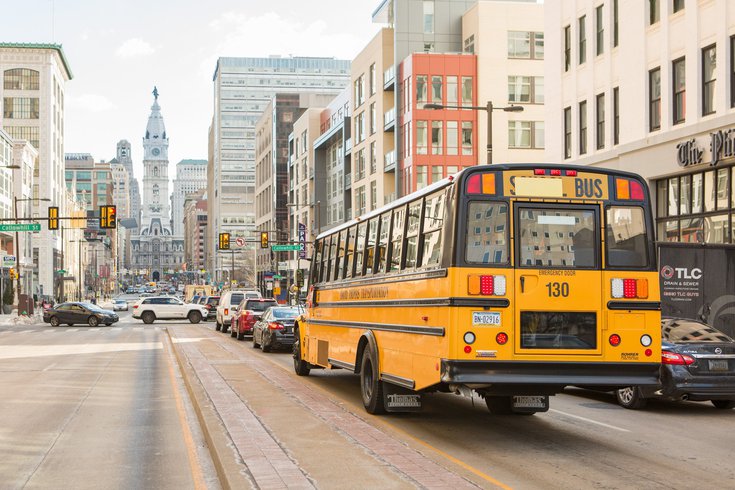 The School District of Philadelphia recently removed an incomplete list of new start times from its website. District officials are hoping to have every school begin at one of three times: 7 a.m., 8:15 a.m. or 9 a.m.

The first day of classes is less than two months away for students in the School District of Philadelphia. There's just one problem: No one knows what time their classes will begin after the district took down an incomplete list of new start times it had published last week on its website.

On Thursday, Chief of Schools Evelyn Nuñez emailed letters to district families about changes to schools' start and end times, a modification to the school day that the officials had announced is coming back in May.

The letter included a link to the district's website, where anyone could access a document called "2021 Bell Schedule." But that list was incomplete, and when the district posted a link to the information to Facebook on Friday, commenters noticed, pointing out that Parkway Center City Middle College and Rhawnhurst Elementary School were among the schools left off.

"Why aren't all schools listed here…" one person wrote.

"I don't see schools that are at the very end of the alphabet on the list…." another added.

By Monday, the link to the 2021 Bell Schedule on district's website was not longer available, and the button user clicked to access the document had been edited to read "Bell Schedules by School (coming soon)."

District spokesperson Monica M. Lewis told PhillyVoice on Monday that the list of start times released last week to parents and guardians was not final. "Principals are reaching out to their school communities" for feedback before the final schedule is published, she said.

The district has been working toward a "standardized approach to daily school start and end times" by having all of its schools begin at either 7:30 a.m., 8:15 a.m. or 9 a.m. The hope, Superintendent William Hite said in May, is that the new schedule would reduce the amount of time students spend on buses, address transportation staffing issues and make enhanced cleaning easier to maintain.

The final schedule "should not be drastically different than what was initially up there," Lewis said, because of the district's efforts to move from more than 20 different start times to three.

However, some of the schools included on the incomplete list had start times that conflict with the district's consolidation efforts. Two schools were listed as starting at 7:45 a.m., and another two were scheduled to start at 8:30 a.m. Four schools had start times of 8:45 a.m.

When asked about these outliers, Lewis said she wasn't aware of those start times had been included on the incomplete list the district had published and reiterated that there would be only three start times this year. She encouraged anyone with questions about the new plans to attend one of three virtual forums scheduled for Wednesday; one forum begins at 11 a.m., and two others begin at 5 p.m.

The district's planned changes have been met with opposition from school administrators, teachers and parents, some of who  expressed frustration in the comments of Friday's Facebook post. The President of the Commonwealth Association of School Administrators, Robin Cooper, told WHYY that the principals' union had been left out of discussions on the new schedule.

"The district is unilaterally making this decision and principals are expected to carry it out, and it creates an atmosphere of distrust between communities and those school leaders," said Cooper, whose union circulated a "no-confidence" petition against Hite last September.

The President of the Philadelphia Federation of Teachers, Jerry Jordan, said the district's approach "flies in the face of their past practice," which has resulted in "much confusion."

"Instead of approaching it at the school level, they took a district-wide approach," Jordan said. "... We had a very short time to turn information around to building representatives, though we certainly did so. We worked to ensure that disputes were heard and navigated by the joint SDP/PFT committee in a timely and fair manner, and in fact we are still working to address concerns that are arising with individual schools."

During a press briefing in May, Hite said district officials "realize that making needed changes to bell schedules has many implications for staff, students and families, so we are in the process of getting input from school leaders."

Critics of the schedule change have also cited research suggesting teenagers benefit from later start times for school. The American Academy of Sleep Medicine and the American Academy of Pediatrics both recommend middle and high school students start classes no earlier than 8:30 a.m. Later start times better align with teenager's natural body clocks, which may benefit their physical and mental health, safety and academic achievement.