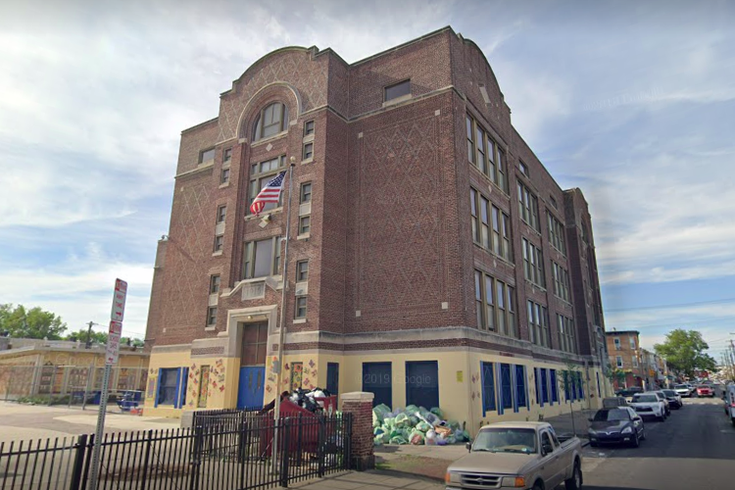 McClure Elementary School has been at the center of the asbestos problem in the School District of Philadelphia's aging buildings.

The School District of Philadelphia is performing additional tests for asbestos and "going above and beyond what is required by law" at McClure Elementary School, including using leaf blowers to thoroughly stir up the air and any potential contaminants, district officials said in a statement on Friday.

The district's statement comes just hours after classes at the Hunting Park school were canceled Friday, and showed frustration with the Philadelphia Federation of Teachers.

“Nothing is more important than the health and safety of our students and staff,” the school district said in a statement. “Our commitment to this guiding principle is evident by our actions. ... The School District of Philadelphia is not interested in politics; we are invested in educating our students in safe learning environments so that they read on grade level, are prepared for college and career, and are ready to become the next generation of leaders of this city.”

The North Philadelphia school had reopened to students and teachers on Wednesday after being closed for three weeks due to asbestos treatment. But additional tests initially revealed "alarming levels of airborne asbestos" were still in the building, according to the teachers union.

The PFT has been critical of the school district’s handling of the asbestos problems at several Philadelphia schools. It shared its concern in a press release on Thursday morning, when it stated that the school district failed to follow best practice protocols during the abatement and remediation of McClure.

The elevated levels of asbestos taken on Tuesday were likely caused by the failure to seal an attic suspected of being contaminated that exposed an adjacent classroom area, the teachers union said. A second round of tests conducted late Wednesday night came back negative. The attic was supposed to be sealed until the summer, when additional remediation efforts are slated to begin.

The PFT also said that the school district failed to follow testing protocols before reopening Carnell Elementary School in the Oxford Circle neighborhood of North Philadelphia on Monday. The teachers union claims that the school was reopened unsafely.

The School District also said that it’s been working with the PFT since November "to finalize a document outlining processes and protocols” as well as “to suggest edits and sign off on the proposal."

"We eagerly await the PFT’s approval so that agreed-upon procedures are in place moving forward," the school district said.

“The district worked with PFT to ensure the building was safe for re-occupancy when students and staff returned on January 15, with both parties agreeing to reopen," school officials continued. "And we will continue to work with the PFT as we move forward. We are committed to meeting all safety standards, even aggressive ones exceeding legal requirements. And we look forward to welcoming students and staff back to McClure once cleaning is complete so that they can return to teaching and learning."