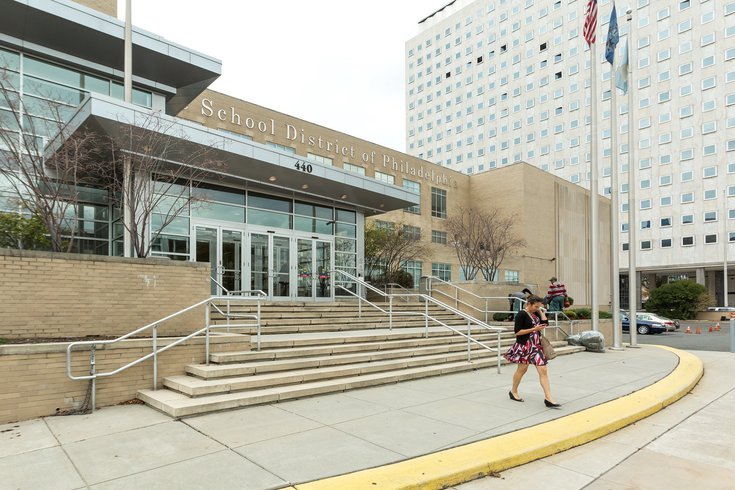 The School District of Philadelphia has not held in-person instruction since March. But it will not resume until the ongoing COVID-19 surge subsides.

The School District of Philadelphia has no plans to move students back into the classroom while coronavirus cases are surging across the country.

The district initially had sought to begin phasing into a hybrid model this month, but those plans were put on hold last week due to the significant increase in COVID-19 cases in Philadelphia.

A new timetable for that process has not been set, Superintendent William Hite said Thursday.

"The cases are trending in the wrong direction right now, and we're going to need several weeks of that to be back under the threshold that the state had provided earlier," he said. "We'll have to meet a couple of those thresholds for several weeks before we're able to move back or move into some form of in-person."

Pennsylvania recorded its highest daily case total Tuesday, when 5,900 COVID-19 cases were confirmed. The statewide case count sat at 281,852 as of Thursday morning.

The hybrid plan would have brought back some elementary school students twice a week. Safety measures, including staggered schedules that limit traffic flow, would have been put in place.

Hite encouraged families to limit their Thanksgiving celebrations to smaller, household gatherings to limit the spread of COVID-19 during the holidays – especially if they want to get their children back in a brick-and-mortar classroom.

"It goes without saying that this year's holiday will likely have a different look and feel for all of us," he said. "The positive cases continue to rise here in Philadelphia and in communities across the country. Now is not the time to let down our guards."

The district's 120,000 students have been learning remotely since March.

Access to reliable internet is essential for students to be successful, Hite said. Those in need of internet access can call 211 and press option 1 for more information on how to get set up.

Donations to The Fund for the School District of Philadelphia, a nonprofit that raises money for the district, are on par with last year, CEO Donna Frisy-Greenwood said.

"We haven't taken a hit this year, which is really interesting," Frisy-Greenwood said. "When COVID broke out, we thought, 'Oh, my gosh, we're really not going to be able to raise a lot of money for the district this year.' But Philadelphians stepped up."

When the district needed Chromebooks for every student last spring, the fund raised $7.5 million from local donors, she said. The donations mostly came from local athletes and large companies making substantial donations.

The University of Pennsylvania just announced it will donate $100 million to the district for environmental repairs, including asbestos remediation.

The Fund also will match all contributions made to Philly Fundamentals through Nov. 25, up to $105,000, thanks to a large influx of funds. Philly Fundamentals, which launched in 2017, is a crowdfunding service that allows principals to solicit donations from the public for specific needs – similar to GoFundMe.