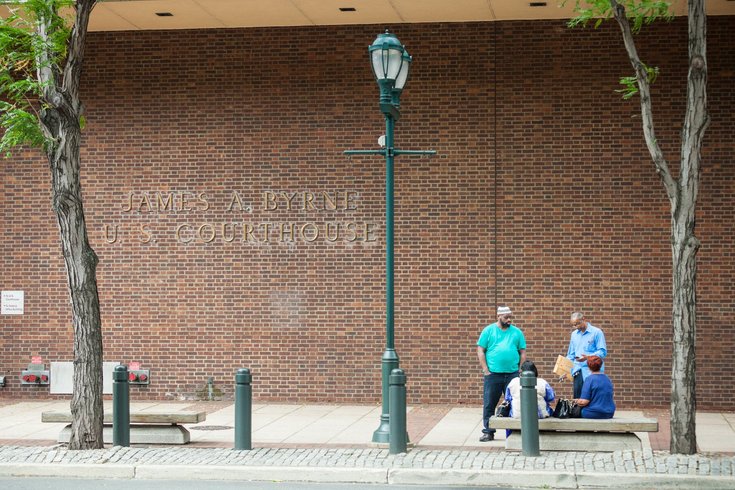 Former Philadelphia Sheriff John Green will be sentenced Thursday after pleading guilty to conspiracy to commit fraud. He received more than $675,000 in bribes from a Philadelphia businessman, federal authorities say.

Former Philadelphia Sheriff John Green was sentenced to five years in prison on Thursday after he received more than $675,000 in bribes from a Philadelphia businessman in exchange for $32 million in city contracts.

Green, the longest serving sheriff in Philadelphia's history, pleaded guilty to one count of conspiracy to commit fraud in the U.S. District Court for the Eastern District of Pennsylvania. The plea deal was finalized a week before his retrial was set to begin in April. The former sheriff faces a maximum sentence of five years in prison and $250,000 in fines.

Green's 2018 trial ended in a mistrial. The jury had acquitted the former sheriff of three counts of fraud but remained deadlocked on two charges of conspiracy. In April, prosecutors agreed to drop one count of conspiracy to lessen his maximum sentence.

The man who bribed Green, Philadelphia businessman James Davis was found guilty of conspiracy, fraud, and tax charges at trial last year. In March, the Philadelphia business man was sentenced to 10 years in prison. He was ordered to pay $872,395.83 in restitution and to forfeit more than $1.7 million.

Davis bribed Green with personal benefits worth more than $675,000 in order to maintain and increase business with the Philadelphia Sheriff's Office, authorities said. This included business that involved sheriff's sales of foreclosed properties. The exchanges earned Davis' companies $35 million.

In June, the Philadelphia Board of Pensions and Retirement terminated the former sheriff's city pension, which totaled $1.6 million in overall funds. Green was sheriff in Philadelphia for 22 years, from 1988 to 2010.