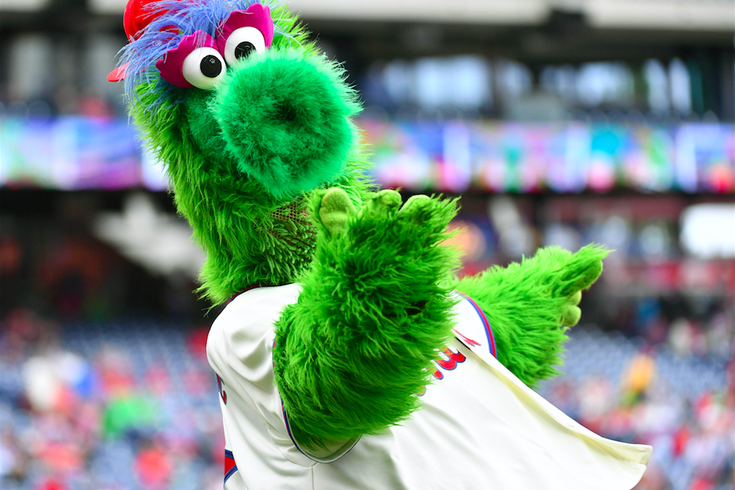 The Phillie Phanatic may have a new look this season as the Phillies continue a legal battle to maintain control of the mascot.

As the Philadelphia Phillies prepare for their first spring training game this Sunday against the Pittsburgh Pirates, the team is expected to unveil a few adjustments to the Phillie Phanatic's costume.

A report from NBC Sports Philadelphia's Jim Salisbury signals that the Phillies have made tweaks to the beloved mascot as part of an ongoing legal dispute with the Phanatic's creators, Bonnie Erickson and Wayde Harrison.

Since debuting in 1978, the Phanatic's costume has undergone minor changes from time to time, but the Phillies' current move appears to be motivated by the lawsuit the Phillies filed last summer against Erickson and Harrison.

Salisbury's report suggests the changes fans will see Sunday could be to the Phanatic's shoes, socks, and some physical measurements.

In 2018, the Phillies received a notice of termination from Harrison/Erickson Inc., the New York-based creative company the club hired to design the Phanatic in the mid-1970s. Harrison/Erickson claimed they created the copyrighted character of the Phanatic and retained the right to terminate the contract if the Phillies and the company didn't reach a new agreement by June 15, 2020.

Last June, the Phillies filed a lawsuit against Harrison/Erickson, arguing that a 1984 renegotiation with the company transferred these rights "forever." The team has also points to its role in creating the character and personality of the Phanatic, not just the costume.

Artists are allowed by federal law to renegotiate their rights after 35 years, but the Phillies believe some minor changes to the costume will quash Harrison/Erickson's legal argument.

The Phillies can probably spin the alterations as some kind of personal change on the part of the Phanatic as a character, although no one (other than kids) will be mistaken as to the true reason. It's an unfortunate reality that this dispute could alter the Phantic's essence, but it is a testament to the enduring popularity the Phillies mascot has enjoyed.