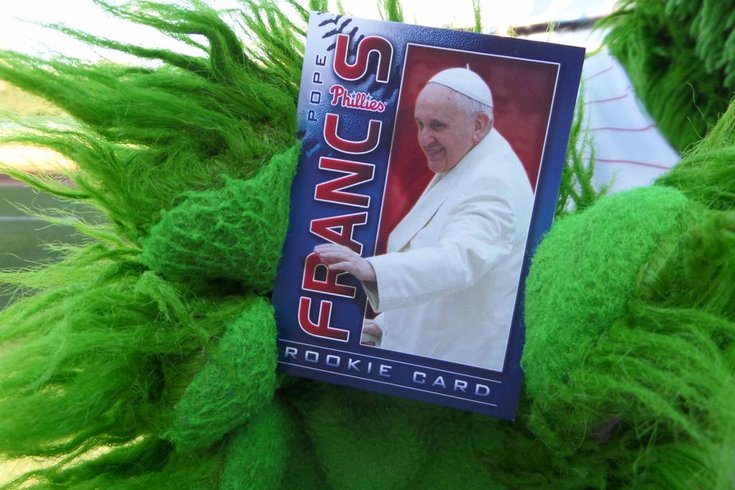 Fans may pick up cards at the first base and third base kiosks.

The front of the card features a picture of Pope Francis and the back of the card lists his "statistics," including his date and place of birth.

There’s only one place to get a @Pontifex Rookie Baseball Card! Tomorrow at CBP. http://t.co/MBQXHTWpv5 pic.twitter.com/ObdXJD0p1F

The Phillies take on the Nationals at 7:05 p.m.