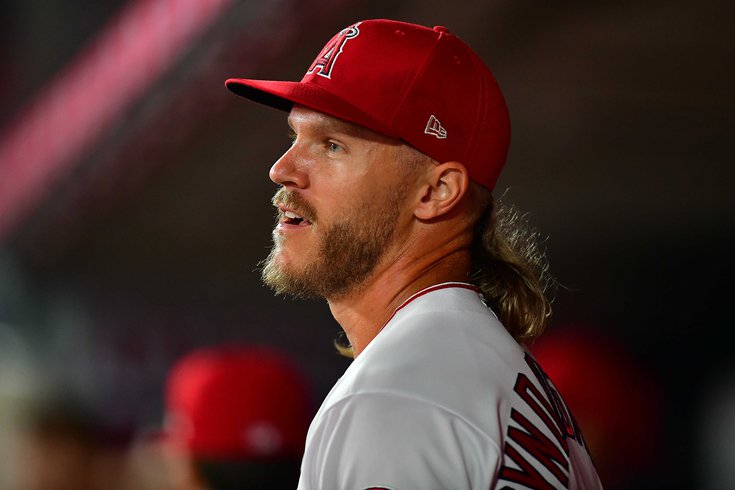 The Phillies acquired starting pitcher Noah Syndergaard from the Angels at the MLB trade deadline. He and 'It's Always Sunny in Philadelphia' creator Rob McElhenney are already bonding.

One of the great moments in the saga of "It's Always Sunny in Philadelphia" came in the show's fifth season, when series creator Rob McElhenney's Mac professes his love for Chase Utley in a letter he wants Dee to deliver with a kiss to the Phillies great.

Fifteen seasons into "It's Always Sunny," Dee's reading of Mac's childish letter remains a highlight of the show. The way Mac beams with pride here sums up his character pretty well, and may even have been a signal for his coming out in later seasons.

On Wednesday, the Phillies took a few swings at the MLB trade deadline, most notably picking up starting pitcher Noah Syndergaard from the Angels in exchange for Mickey Moniak and Jadiel Sanchez. Syndergaard may not be the force he was with the Mets earlier in his career, but he adds more quality starts to a team that has its sights set on reaching the playoffs for the first time in more than a decade.

It didn't take long for Syndergaard to warm to the idea of joining his former NL East rival. He swapped in a photo of The Gang on his Twitter page and wrote, "It's Always Sunny.....Text me: 817-953-2575." 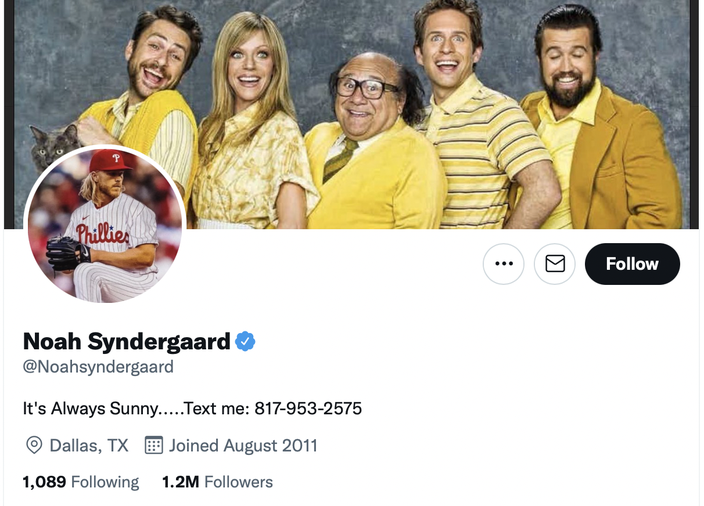 Noah Syndergaard courted The Gang from 'It's Always Sunny in Philadelphia' with a makeover of his Twitter profile.

If you're wondering whether the phone number is real, Syndergaard shared this number last year when he started a book club to enrich his mind while rehabbing from Tommy John surgery.

McElhenney, responding to Syndergaard's gesture, quoted the famed Chase Utley love letter in a tweet back to the pitcher.

Dear @Noahsyndergaard I feel like I can call you @Noahsyndergaard cause you and me are so alike. I know I can’t throw as fast as you but I think you’d be impressed with my speed. I like your hair. Welcome to Philadelphia. ⚾️🧢🏟

Utley ultimately appeared on "It's Always Sunny" alongside teammate Ryan Howard in the show's sixth season. A few years ago, he spoke about the experience, noting that he and McElhenney have since become close friends in Los Angeles.

As it turns out, Utley has been named an ambassador for baseball in Europe. Maybe McElhenney is feeling antsy and needs to find a new baseball crush. He'll always be able to cherish Utley's response to his letter.