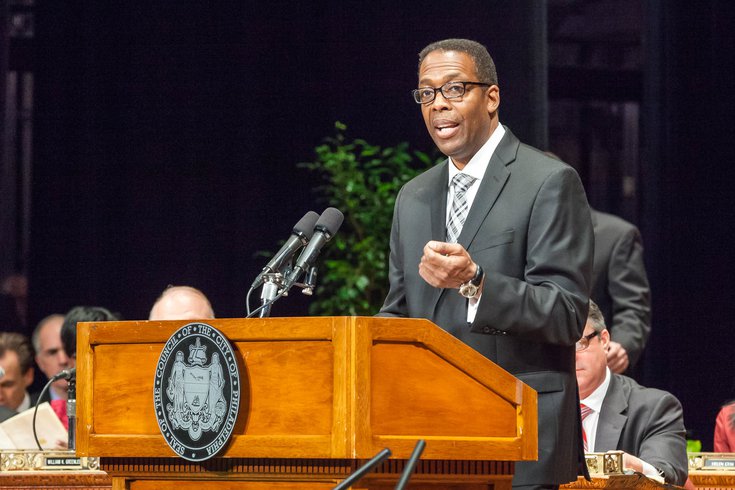 Council President Darrell Clarke introduced a resolution on Thursday to enhance ethics standards for councilmembers, and prevent conflicts of interest.

Philadelphia's City Council has two more full session meetings to go before the end of the year. As part of their newly proposed legislation, introduced on Dec. 2, Council President Clarke is looking to prevent conflicts of interest by City Council in the upcoming year.

With help from Councilmember Parker, Clarke introduced a resolution on Thursday seeking to update and revamp the ethics rules for councilmembers, providing rules for recusal from any legislation that includes a conflict of interest, according to the legislation.

Though the resolution is not set to be voted on yet, and will not be voted on before the New Year, Clarke told WHYY that the proposed legislation is not directly in response to Councilmember Bobby Henon's conviction on federal corruption charges in November, which led to his resignation from council committees and will result in his resignation from council entirely prior to sentencing, which is scheduled for February.

"We are moving, as we move to a new year, to do a number of things within Council to ensure that we police ourselves," Clarke said. "It will also establish a clear, transparent process, and we want to make sure that we all comply."

If any financial interest does exist, councilmembers must recuse themselves from any official action or judgement made on that legislation. They must publicly report their financial interests within five days of the introduction of the legislation, which Clarke says is one of the most important parts of the new resolution.

If councilmembers do not report their conflict of interest to council and it becomes known, they will be notified in writing of the discovered interest. They will then have 30 days to respond before being referred to the Council's committee on Ethics.

Councilmembers cannot become financially invested in any legislation while they're on city council, and for two years after they've left.

City Council will meet on Dec. 9 and Dec. 16, with five committee meetings scheduled for the upcoming week. City Council meetings can be streamed live on their website, and are available on Government Access Television, Xfinity channel 64 or Fios channel 40.