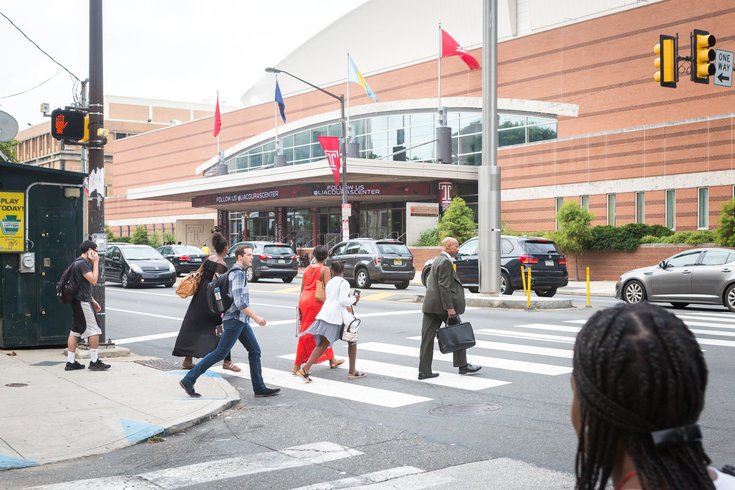 Philadelphia's COVID-19 surge hospital at Temple University's Liacouras Center will close after health officials deemed the facility unnecessary. The city appears to have passed the peak of coronavirus infections, limiting the need for patient space outside of hospitals.

Philadelphia officials are moving to shut down the COVID-19 surge hospital set up at Temple University's Liacouras Center less than ten days after it accepted its first patients.

The city's current progress with the coronavirus, along with the ability of hospitals to manage the case load, have made the field hospital in North Philadelphia unnecessary, Health Commissioner Dr. Thomas Farley said Wednesday.

“With few patients, a stabilizing of the number of cases within the community, and sufficient bed capacity at existing hospitals, I do not see the need for a surge facility in the foreseeable future," Farley said. "The city is grateful to Temple University for its willingness to host this facility. Everyone involved is thankful that we are at a point where it is not needed at this time. Please help us keep it that way, by continuing to follow social distancing and other guidelines.”

The Liacouras Center had capacity for about 180 patients, but it never ended up treating more than 10 at a time. The site will remain open until its patients have fully recovered and are ready to return home, Farley said.

The decision to close the facility was not based on financial need, City Managing Director Brian Abernathy said. The city expects that its expenses for the site will be reimbursed by the federal government.

Some resources will be kept at the Liacouras Center in the event that a sudden need or second wave of COVID-19 arises.

"We do intend to keep some equipment there if, for whatever reason, we start to see a return surge of the virus," Abernathy said. "It was about making sure that we're deploying our resources to the best of our ability."

Some of the staff who were stationed at the Liacouras Center, specifically Title X military personnel, may be further deployed into city hospitals.

The site's closure comes just two days after Farley indicated that Philadelphia appears to be "past the peak" of the current wave of coronavirus infections. Declines in new cases and deaths have been marginal, but city officials believe Philadelphia is on the right path.

"Better to build it and they don't come than to not build it at all," Mayor Jim Kenney said.

City hospitals currently are treating 1,012 patients with COVID-19, while 1,858 people are hospitalized in Southeast Pennsylvania. About 30% of general medical beds remain available and 28% of intensive care unit beds are free, figures that have held steady over the last two weeks.

Kenney also issued an executive order Wednesday detailing the requirements of Friday's reopening of construction activity in Philadelphia. Guidelines for the reopening of city golf courses have been made available by the Department of Parks & Recreation.

Farley announced five new COVID-19 testing sites that will be run by the Public Health Management Corporation and Delaware Valley Community Health. He reiterated that testing is prioritized for those who are most vulnerable, mainly because of the high volume of cases and limited supplies.

"For people who are not elderly and otherwise healthy with the infection, the testing isn't really going to change what you're going to do about this illness," Farley said. "We do need to reserve the limited supplies we have for people who need it most. As the case counts fall, and testing becomes more available and we start to do more contact tracing, then the testing is going to become more important for everyone else."