Wary of violent crime, Philly residents are the most pessimistic they've been since 2009, annual Pew poll finds 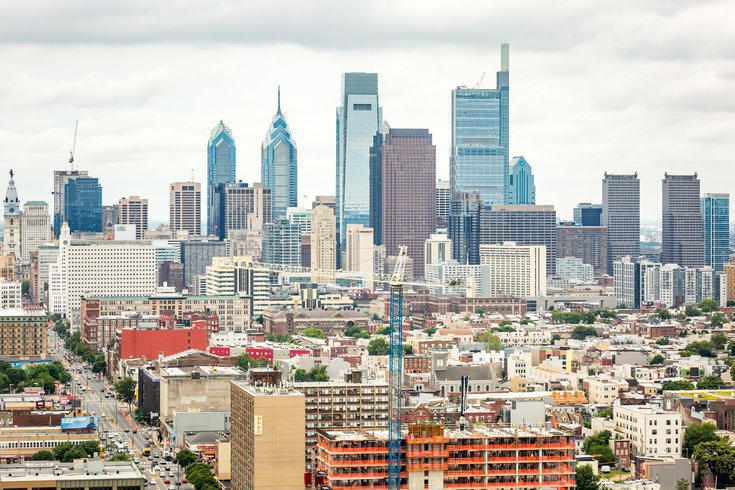 The Pew Charitable Trust's annual Philadelphia citywide poll in 2022 found spiking levels of concern about violent crime and dismay about the direction the city is headed.

More than 63% of Philadelphia residents polled by the Pew Charitable Trusts say the city is seriously on the wrong track, the highest level of angst the annual survey has found since the Great Recession.

Crime, drugs and public safety were rated the most important issues facing Philadelphia by more than 70% of people who filled out the questionnaire, a 29% increase from the poll's findings in 2020. Poverty and homelessness came next at 14%, followed by affordable housing, education and the impact of COVID-19, each at 6% with minor changes from previous polls.

The city's homicide totals in 2020 and 2021 – 499 and 562, respectively – are among the highest on record and coincide with a dramatic increase in shootings. Philadelphia's 2,326 shooting victims last year marked the highest number the city has recorded since it began keeping track in the 1960s.

This year, the police department has reported 126 homicides, about the same number as this time last year.

Combined with a surge in carjackings, including high-profile incidents such as the shooting death of a Temple University student and the gunpoint robbery of U.S. Rep. Mary Gay Scanlon, the increasing rates of violent crime led to a growing level of fear among poll takers.

Just 44% of respondents said they feel safe in their neighborhoods at night — also the lowest since the poll began in 2009 — and 65% reported hearing gunshots in the neighborhoods in the last 12 months.

Black and Hispanic residents, at 35% and 32%, respectively, were least likely to express feeling "completely or pretty safe" in their neighborhoods, compared to 61% of white residents.

As recently as 2015, only 23% of Pew's poll takers rated crime, drugs and public safety as the most important set of issues facing Philadelphia.

"The challenges we’ve faced as a city, particularly since the beginning of the pandemic, have tested our collective resolve," Kevin Lessard, a spokesperson for Mayor Jim Kenney, said in an email Wednesday afternoon. "Responding to, and rebuilding from, the COVID-19 pandemic and its impacts, including on gun violence, has been and will continue to be the mayor’s focus. Many of the challenges facing Philadelphia — including the uptick in the number of shootings and homicides and the continued impacts of the drug and opioid crisis — are disturbing trends that are affecting municipalities nationwide."

The Kenney administration pointed to the mayor's recent budget proposal as an indicator of the city's priority to address public safety. The budget includes $184 million for violence prevention programs and initiatives, up 18.5% from last year's budget.

Pew's polling was conducted throughout January, covering a range of urban issues affecting Philadelphia residents. The questionnaire asked 1,541 residents to rate their perceptions of the city in various areas including crime and public safety, housing and cost of living, working conditions and feelings coming out of the COVID-19 pandemic. The responses came from a representative sample of residents who live in ZIP codes around the city.

The Pew analysis divided the ZIP codes into quartiles based on rates of violent crime per 10,000 residents. In ZIP codes with the highest violent crime rates, 68% of residents said gun violence had a major negative impact on their neighborhoods.

About 3 in 5 Philadelphia residents said they have "a great deal" or "a good amount" of respect for Philadelphia police, with the greatest levels of support coming from people over 65 years old and those living in Northeast Philadelphia. Residents ages 18-29 were more likely to say they have "just some" or "not much" respect for the city's police force.

Asked whether the police department needs more officers, 61% of poll takers said yes, up from 45% in 2020. Nearly 70% of people living in ZIP codes with the highest rates of violent crime said the department doesn't have enough officers. Those least likely to say more police officers are needed were ages 18-49, with incomes above $100,000 and at least a college degree.

Black residents, at 69%, were most likely to say the city needs more police officers, ahead of Hispanic residents at 63% and white residents at 55%.

With the police department facing ongoing recruitment challenges, Kenney requested a waiver this week from the Civil Service Commission to remove the requirement that police recruits live in the city for a year before they become eligible for hire.

• $6 million to expand programs that target people most at risk of being a victim or a perpetrator of gun violence and provide connections to services, treatment and employment.

• $12 million for the Anti-Violence Community Partnership Grants, which fund community-based organizations that are focused on reducing violence through trauma-informed healing and restorative practices in the neighborhoods most affected by violence.

• More than $3 million to enhance the police department's ability to solve violent crimes and modernize police tools with forensic upgrades and policy mobility, which will facilitate the use of enhanced forensic analysis in homicide cases.

• $1.5 million to support community engagement, homicide and non-fatal shooting reviews, planning, and improved data analytics to ensure anti-violence programs are addressing the causes of violence, reaching those who need it most, and service connections are successful.

• $800,000 for violence prevention programs and supports focused on youth within the juvenile justice system, including restorative justice programming, and $1.5 million for two additional Community Evening Resource Centers, which assist Philadelphia youth who are out after a curfew.

"Until we address the availability and ease of access to firearms, we will always be fighting an uphill battle," Lessard said. "We need the ability to adopt proven gun policies that will save lives, and we will continue to call on the Pennsylvania legislature to let us meet Philadelphia's unique needs and to fight for that urgently in the lawsuit we have filed against the state challenging the state's inaction on this issue."

Impacts of the COVID-19 pandemic

Nearly half of Pew's poll takers said they know someone who has died from COVID-19 after two years of the pandemic.

About one-third of parents with children under 18 said their kids' emotional health is worse than before the pandemic. Nearly 60% of those who took the poll said they felt anxiety or nervousness due to COVID-19.

Another one-third of Philadelphians said they were worse off financially now than they were at the start of the pandemic, particularly those with lower levels of educational attainment.

About 44% of poll takers said they have had at least some difficulty paying their mortgages or rent since the start of the pandemic. This was more likely among Black and Hispanic residents, at 50% and 55%, respectively, compared to just 29% of white Philadelphians. Across all racial and ethnic groups, 61% of families with children under age 18 said they were struggling to cover these housing expenses.

Job stability was among the most notable findings from the poll. About 54% of respondents who had a job as of March 20, 2020 reported having a change of employment status during the pandemic. That could include a new job, losing a job, closure of an workplace, or reduced hours and pay.

About 43% of Philadelphians polled said they are still working at least partially from home, including 22% who work entirely or mostly from home and 21% who have more of a hybrid schedule. Of the roughly 57% of respondents work almost entirely away from home, about 56% said they are at least a little bit nervous doing so because of COVID-19.

The results of the Pew poll were somewhat conflicted on how Philadelphians feel the city will fare in the years ahead.

In previous years, anywhere from 12-18% of respondents said the city's direction was "mixed."

This year, 72% of residents said Philadelphia is now a worse place to live and 42% feel it has "gotten a lot worse."

About 58% of poll takers said they "definitely will" or "probably will" be living in Philadelphia in the next 5-10 years, down from 72% in 2019. Only 40% of people ages 18-29 said they expect to live in the city in that timeframe. By contrast, 65% of longtime residents, 79% of older Philadelphians and 62% of poll takers with a high school degree or less anticipated living in the city in 5-10 years.

Despite the declines in positive feelings about Philadelphia found in most categories of this year's poll, 53% of residents said they believe the city's best days are ahead.

The poll was administered for Pew by SSRS, an independent research group based in Glen Mills. The company used address-based sampling and made initial contact by mail. Of those who took the survey, 1,110 filled out the questionnaire online and 434 completed it on paper. The margin of error was plus or minus 3.4 percentage points.