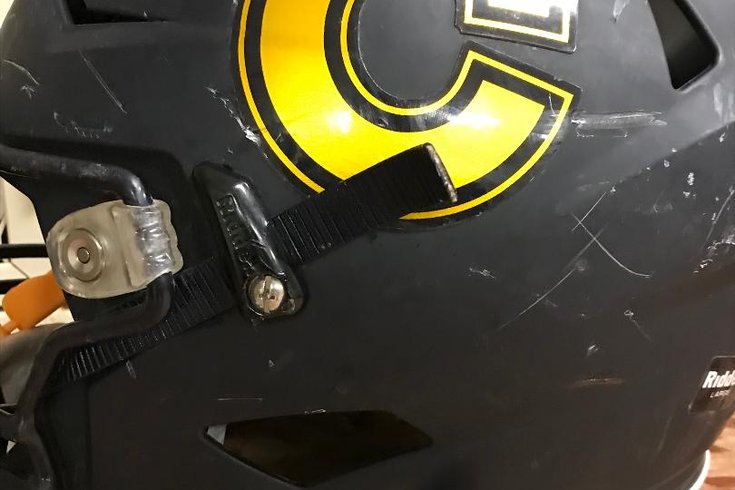 Cheltenham has had a season to remember.

Under third-year head coach Ryan Nase, Cheltenham has quietly broken new ground with the program this year. The 2019 Panthers have achieved single-season school records for most wins in a season (13), longest winning streak (11 straight), most playoff victories (4) and the program’s first PIAA District 1 Class 5A championship.

That’s the way Nase prefers it.

Cheltenham (13-1) will face Cocalico (11-2) at Hersheypark Stadium, in Hershey, Friday at 6 p.m. in the PIAA 5A state semifinals. The winner will play the winner of the Archbishop Wood (9-3)-Gateway (12-2) game in the 5A state championship next weekend.

Did Nase see this success coming?

“We finished 8-4 last year and had a lot coming back,” Nase said. “We returned a quarterback (Adonis Hunter), a Division-I running back (Jamir Barnes) and two really good receivers (T.J. Harris and Nate Edwards). But we lost all five linemen and a tight end. We knew if our linemen worked hard, we had a shot.

“Our linemen situation worked out and some guys really stepped up.”

Nase knows Cocalico is large and tough. The Eagles are a wing-T, triple-option team, but the Panthers have some experience against that type of offense in a 28-24 victory earlier this season against Plymouth-Whitemarsh.

“That helps, and it’s actually the fourth time we’ll see that offense this year,” said Nase, a Father Judge graduate. “Cocalico reminds me a lot of PW. The kids bought in and saw what we were doing.”

The Panthers are beyond the we’re-just-happy-to-be-here stage.

“No one thought we would get this far, so we might as well win the whole darned thing,” Nase said, laughing. “We read some things on-line and in newspapers, and no one put us in the category most teams playing in the state semifinals are in. We’re on a mission that we belong. I want to make it known that we don’t plan on going anywhere after 2019.

“Our motto has been going from ‘Good to great.’ As that motto took hold, we were doing things we never did before. Myself and a lot of our players have bought into we’re the greatest Cheltenham team of all-time and that’s hard to argue with everything this team has accomplished.”

A look at St. Joe’s Prep from the other side of the state

The Hawks got down, 14-0, to Northeast and slammed the Vikings, 43-26. Then came back in the state quarterfinals to squash Nazareth, 45-24, last weekend.

Next up is cross-state powerhouse Pittsburgh Central Catholic, which boasts a 12-1 record and a defense that’s giving up an average of 9.9 points a game and only yielded 21 points in one game this season.

Central Catholic coach Terry Totten says his team will be there.

“St. Joe’s Prep is unbelievable,” said Totten, a coaching legend in the Pittsburgh area who is in his 16th year as head coach at Central Catholic, and who once coached former Eagle offensive lineman Stefen Wisniewski to a 4A state championship in 2007. “I had a hard time believing I was watching a high school football team when I saw (Prep) on film.

“They have so much speed, they’re big up front and they’re well coached. I don’t know what quarterback is playing, but they both (McCord or Malik Cooper) cause problems. They’re a very good football team. Prep has been in a lot of big games just in the state of Pennsylvania.

“But we have a lot of speed, too. We have a very good defense, too. We’ve been around, too. We’ve played those powerhouse teams in Florida and Ohio. If Prep beats you on the outside once or twice, you have to live with that. We have to stop the run and be able to run the football.

“We’ll try to establish the run and keep our offense on the field.”

The Vikings will ride tailback Edward Tillman, and they have the kind of explosive offensive that can strike fast in the quarterback Dominic Pieto and sophomore tailback Gannon Carothers.

“We’ll be there,” Totten said.