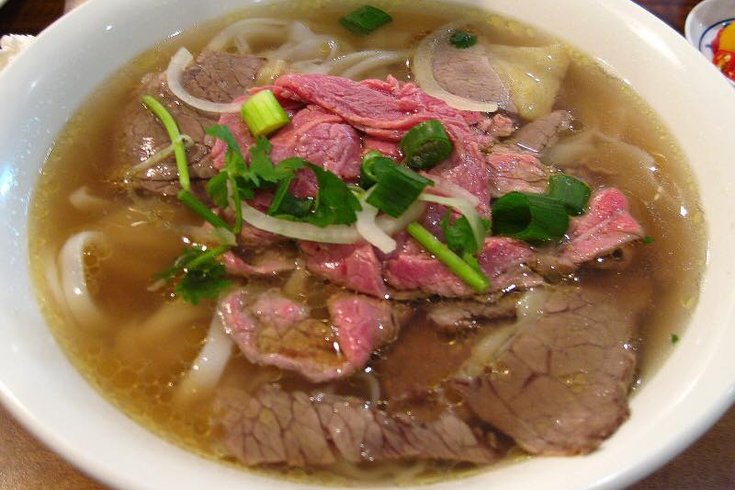 Pho options include four versions of beef pho, rounded out with a Chicken Pho Noodle Soup. Those soup options are supported by more interesting menu additions like Phnom Penh Noodle Soup, made with shrimp, pork and squid, and Hue Style Noodle soup, containing ham hocks in a spicy beef broth. Skimming through the remainder of the menu, you'll notice usual suspects: Vietnamese iced coffee, vermicelli noodle dishes and a few different takes on Banh Mi -- including a Banh Mi Burger.

With the exception of the $5 Banh Mi, soups and other main dishes will cost you around $8.