The quick serve chain will host a ribbon cutting ceremony on Wednesday, May 18 at noon, followed by two pay-as-you-wish nights from 5-9 p.m. 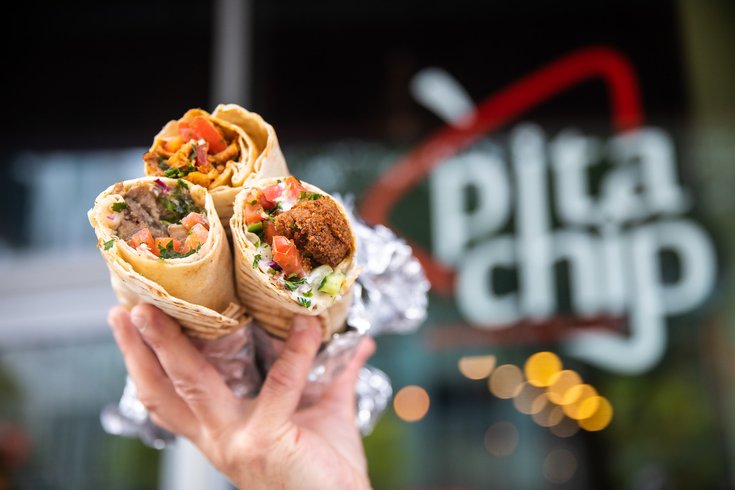 Pita Chip, a quick serve Middle Eastern restaurant with two locations near Temple University and University City in Philadelphia, is set to expand to the suburbs this week.

The company is opening a new location in Yardley, Bucks County on Wednesday, May 18 and is hosting a ribbon cutting ceremony at noon. The restaurant at 1623 Big Oak Rd. in the Oxford Oaks Shopping Center will be Pita Chip's largest, sporting 3,500 square feet and enough seating for 68 people.

The restaurant will also be open for pay-what-you-wish dinner service on Wednesday and Thursday from 5 to 9 p.m., benefitting two local non-profit organizations with ties to the community.

Sales from the first two nights will be donated to Caring for Friends, a prepared meals program that serves adults and children across the Philly region, and Congregation Kol Emet, a reconstructionist Jewish synagogue that serves the Jewish community of Bucks County.

"We are very excited to finally bring this brand to the suburbs after two years of planning, and I know Yardley is ready for us," said Omar Alsaadi, co-founder of Pita Chip. "We've met the community, we've had a preview event, and we are so excited to be welcomed by the wonderful people of Bucks County. We feel this is a concept that the community has been missing and it's a perfect start for our expansion to surrounding suburbs as well."

Co-founders Alsaadi and Mouhanad Kabbani opened the first Pita Chip location on Temple University's campus in 2015, later expanding to University City in 2018. Though they originally planned to purchase an existing franchise, they took a leap of faith and started their own fast casual restaurant. They eventually brought in Howard Klayman as a partner because of his experience with business operations.

The restaurant, which serves salads, rice bowls and pita wraps with falafel and shawarma, has become a fixture of some of Philly's largest college campuses.

Alsaadi, who emigrated to the U.S. from Damascus, Syria in 1979, spent much of his life in Philadelphia cooking and evolving his recipes. His mother used encyclopedias to learn how to cook and Alsaadi said that when he moved to the city, he leaned on its multiculturalism to develop his own style.

"I've always strived to build a menu that is reminiscent of Middle Eastern street food, while remaining progressive and modern," Alsaadi told QSR Magazine. "It pays homage to my culture, but the food is for everyone."

After announcing the expansion to the suburbs in December, the team opened a pop-up food truck outside of their newest location to meet the community and introduce his food to residents.