Brownie, discovered last month in gruesome condition, is now on the road to recovery 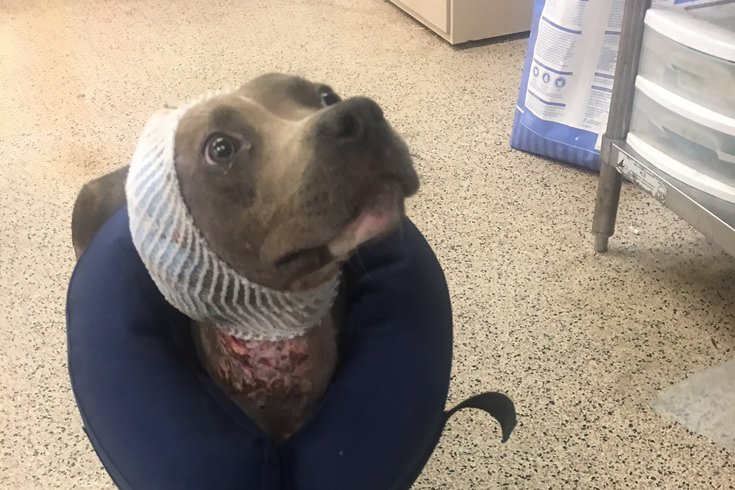 Brownie, a female pitbull, was found with large open wounds and covered in maggots in North Philadelphia on Wednesday, June 20.

The Pennsylvania SPCA said Thursday it discovered the female dog, since named Brownie, dressed in a fitted sheet and left to die on Wednesday, June 20. Brownie had several open wounds and was covered in maggots.

(WARNING: Below image is graphic and may be disturbing.)

When Brownie arrived at the SPCA, officials weren't sure if she'd survive.

“The maggots and dying, infected tissue, were just the tip of the iceberg - her body was starting to shut down. She required a blood transfusion because her blood counts dropped dangerously low, aggressive antibiotics and pain control, IV fluid support, and surgical intervention," said Dr. JoEllen Bruinooge, SPCA veterinarian.

Brownie has since "miraculously" recovered, according to the SPCA. Veterinarians performed surgery to remove the dead skin from her head, including the removal of one of her ears. She will lose skin and muscle around one of her elbows, but is slated to recover.

The SPCA is seeking information from anyone who knows the dog, has information about her owner or saw her being dumped in North Philly.

“While there are many things we don’t yet know about Brownie’s story and how she ended up abandoned and left to die on the streets of Philadelphia, we do know there is someone out there who recognizes Brownie,” said Nicole Wilson, Director of Humane Law Enforcement at the Pennsylvania SPCA.

Anyone with information is asked to call the Pennsylvania SPCA's cruelty hot line at 866-601-SPCA. You can donate to Brownie's medical care here. 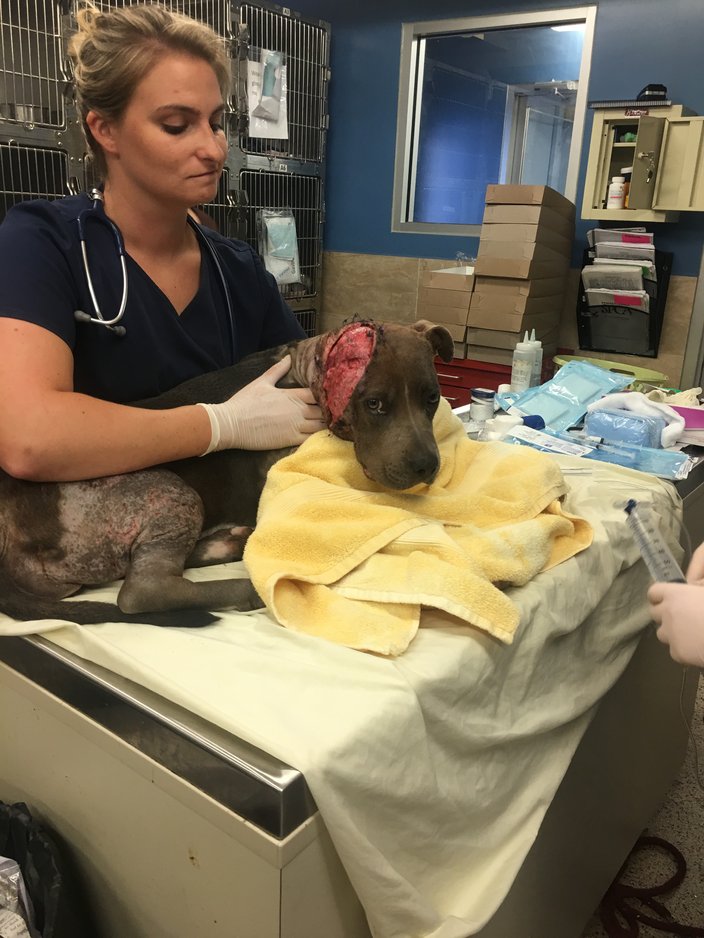 Brownie, a female pitbull, was found with large open wounds and covered in maggots in North Philadelphia on Wednesday, June 20.