The event on Nov. 12 will feature 15 craft brewers and a live performance from 90s rock cover band Flannel

By Brian A. Saunders
PhillyVoice Staff
Festivals Beer
from 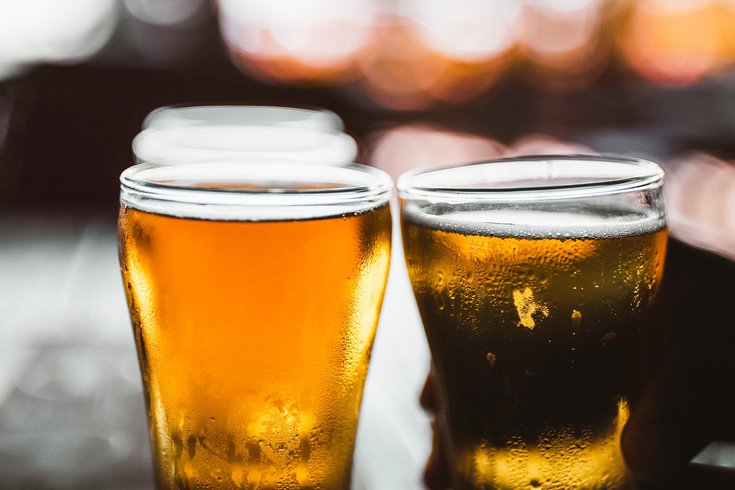 For the fourth time, Breweries in PA is hosting its Pittsburgh Invades Philly Beer Festival. 15 craft breweries from Pittsburgh will offer beer on tap at Goblet Brewing in Bensalem. For $55, participants get unlimited 6-ounce beers from participating breweries.

Beer enthusiasts who love to try craft brews from all over the state are in luck – promotion company Breweries in Pennsylvania is hosting a festival featuring Pittsburgh's best brewers.

Pittsburgh Invades Philly Beer Festival will take place on Saturday, Nov. 12 at Broken Goblet Brewing in Bensalem Township. The event, sponsored by Deutsche Beverage Technology, costs $55 and will include unlimited pours from 15 breweries.

RELATED: Drink your way through East Passyunk with a Halloween craft beer crawl 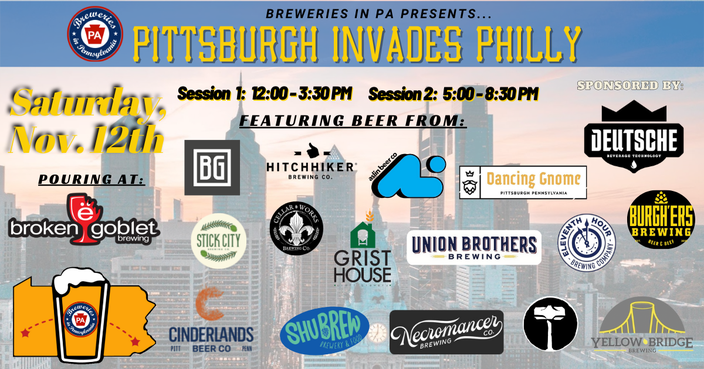 Each brewery will offer two different beers for guests to try and brews from Broken Goblet also will be available. Adam Carter of Perfect Chemistry Brewing, who won Breweries of PA's 2022 Homebrew Invitational, will be pouring some of his sour-style beers.

Food trucks will be onsite for those who work up an appetite after knocking back a few beers. Attendees can enter a raffle for a chance to win cans of new beer releases from some of the featured breweries.

Live acoustic music will be played during the early session. The festival will be capped off with a performance by Philadelphia-based band Flannel, known for its covers of 90s and 2000s rock music, including Nirvana, Pearl Jam, and Green Day.

To promote safety and responsible drinking, the festival is offering $10 designated driver tickets, which come with a wristband to show that person shouldn't be drinking.