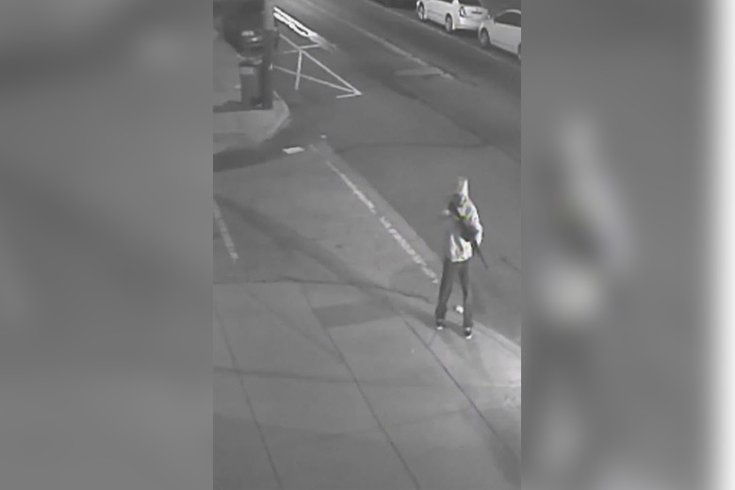 This still from surveillance video shows a suspect who open fired on a man with an assault rifle in East Germantown on March 24.

Police are searching for a man caught on surveillance video firing an assault rifle at a man in East Germantown.

Authorities say the incident occurred March 24 around 1 a.m. The victim, a 47-year-old male, was standing at 5614 Chew Avenue when the suspect approached with the gun and fired several shots, striking him in the torso twice, once in the buttocks and once in the left arm, according to police.

The suspect then got into the passenger side of a dark, newer model sedan that appeared to have an out of state vanity plate on the front bumper, police say. The car was last seen going south on Chew Avenue.

Police did not release the condition of the victim. Video of the incident can be viewed below:

Police ask if you see the suspect to not approach him and call 911 immediately. Tips can be submitted by calling 215-686-8477 or the Northwest Detective Division at 215-686-3353/3354. Tips can also be submitted by texting 773847 or by submitting an online form here. All tips will remain confidential.