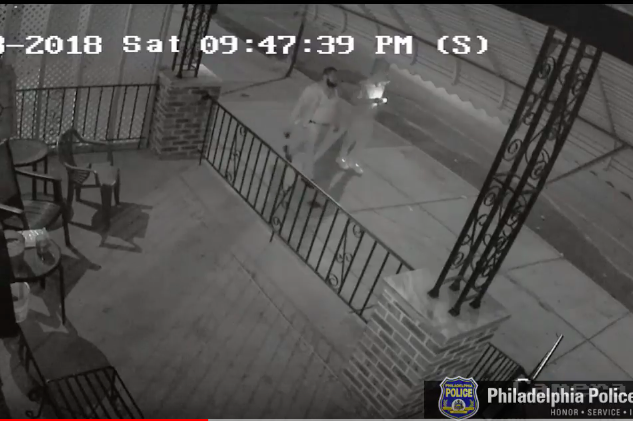 Two suspects were recorded lighting an object on fire and throwing it onto a porch on Woodland Avenue.

Police released a video of two men walking by a property on the 5000 block of Woodland Avenue who appear to light an object on fire and throw it on the porch, causing damage to the property.

The incident allegedly occurred on June 23 around 9:45 p.m. at the Southwest Philly property for transgender individuals.

Police told CBS3 the incident was a deliberate act and may be considered a hate crime.

In 2017 around July 4, the same property was also subject to a string of drive-by paintball attacks. After that, video cameras were installed at the property.

Here's the video released by police.