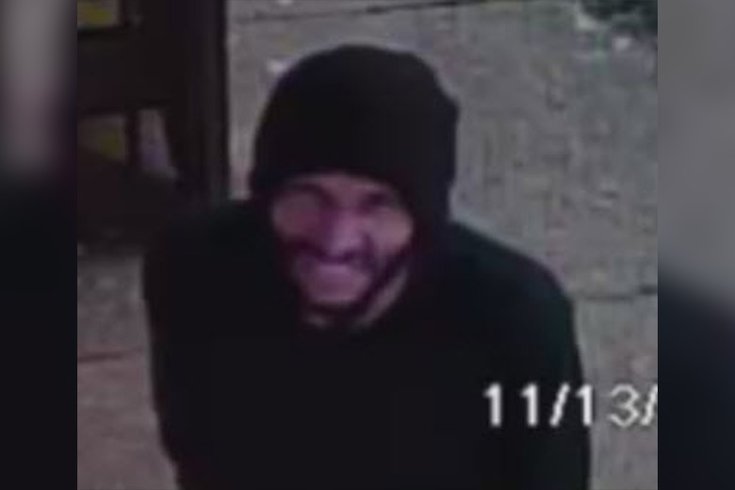 Police are looking to identify and locate a suspect wanted in a theft from a vehicle in Fairhill.

Police are seeking the public's help in finding a suspect wanted in a theft from a vehicle in Fairhill.

According to police, surveillance video released Friday shows an unknown male suspect on the 500 block of W. Westmoreland St. on Nov. 13 at 12:30 p.m.

The suspect allegedly gains entry to a vehicle parked on the street by breaking the right rear door window. Once inside, he takes a small tool box, air tools, clothing and an air compressor from the vehicle totaling $1,000, police said.

He then flees the location on foot in an unknown direction.

Police describe the suspect as a Hispanic male with a light complexion, thin build and full beard. He was last seen wearing dark-colored clothing.