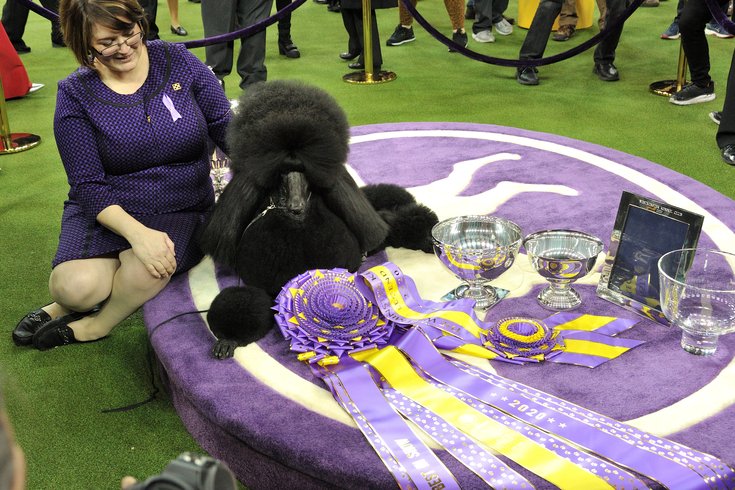 The dog is a 3-year-old standard poodle from Northampton County. She won best in show after winning the non-sporting group and best in breed earlier in the competition. Siba, whose competition name is Stone Run Afternoon Tea, is the fifth standard poodle to win the top prize in Westminster dog show history, and the first since Peter the poodle won the title in 1991.

Her owners, Connie Unger and William Lee, have said prior to the event that this would be Siba's last show, Penn Live reported.

Daniel, a golden retriever from western Pennsylvania took the top prize for the sporting group. Other breed winners included Bourbon, a whippet that won the hound group and finished second overall. Bono, a Havanese, and Wilma, a boxer, won in the toy and working groups, respectively, each for the second year in a row. Conrad, a Shetland sheepdog, won the herding group.