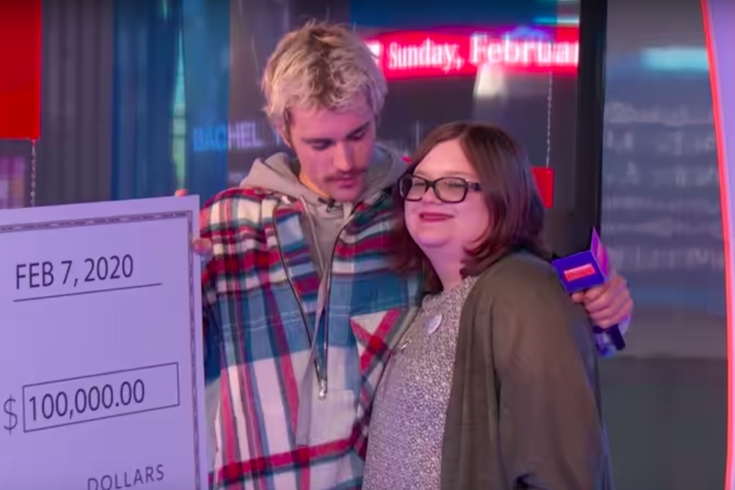 Justin Bieber surprised Stockton University senior Julie Coker with a $100,000 donation to honor her work on mental health, the school announced in a release on Tuesday. Bieber presented the 22-year-old Coker with the check live on MTV on Friday.

The singer reportedly wanted to help someone who was actively involved with addressing mental health issues, and he just so happened to select one of his biggest fans. Coker saw Bieber in concert for the first time when she was 13 years old.

"They just told me to be there and it would change my life," Coker said in the release. "I didn't even know that (Bieber) would be there."

A Union Beach, New Jersey native, Coker is the president of Stockton's chapter of Active Minds, which is a nonprofit supporting mental health awareness and education to young adults. After joining the group her freshman year of college, Coker has helped host about 50 events per year with the program. She also serves on the national Active Minds Student Advisory Committee.

You can watch Bieber present Coker with the $100,000 check here.

"I'm still in shock," Coker said. "The check is in my room at home, but I still feel like it almost didn't happen."

"She really hit the ground running and by her second year here was president of Active Minds," Morell said. "She works tirelessly year-round, even during the summer."

Coker will graduate with a degree in social work in May, and she's hoping to attend graduate school for social work and use some of the funds from Bieber to cover her tuition.

"You don't go into social work for the money but for the deep desire to help people, Coker said. "So this life-changing gift will help me start my career on the strongest financial footing possible and will enable me to help even more people. I'm so grateful to Justin Bieber for helping me forward on that path."

Coker, who had the opportunity to meet with Bieber and his wife Hailey backstage on Friday at MTV's New York studio, also will get tickets to an upcoming Bieber concert.