'Pool: A Social History of Segregation' is free to the public and will be open Wednesday-Saturday through September 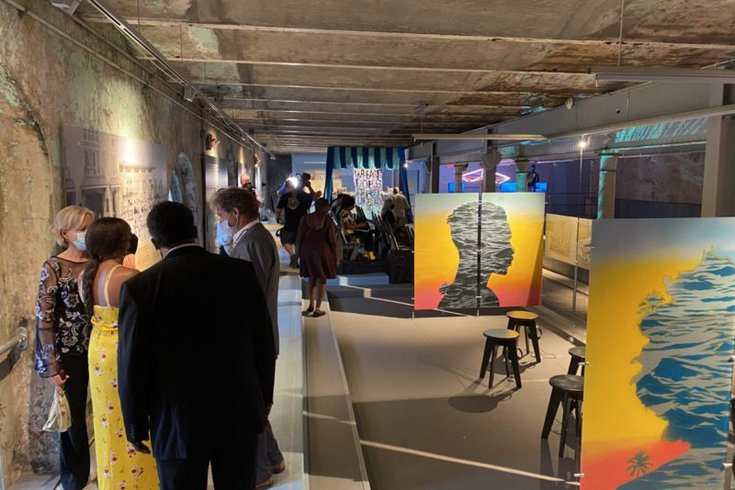 The history of how racially-separated public pools have contributed to present-day drowning issues among Black communities is being examined in a new exhibit at Fairmount Water Works.

"Pool: A Social History of Segregation" was developed by Victoria Prizzia and several other artists from the city, such as Calo Rosa, Homer Jackson and Lowell Boston. The project was inspired by the activism and achievements of Black people in swimming and the role water plays in daily life.

The exhibit features a collection of installations and experiences, including murals, animations, poetry and rarely-seen archival film footage and photographs. It includes the stories of artists, swimmers, activists, researchers and scholars, like Olympic gold medalists Cullen Jones and Simone Manuel.

Through the exhibition, visitors will learn how public pools in cities and small towns became battlegrounds for racial justice in 20th century America. The project seeks to inform people how segregation at public pools and a gradual shift in funding to private swim clubs have had an adverse impact on communities of color.

Black children are nearly six times as likely as white children to drown in a swimming pool, according to the U.S. Centers for Disease Control and Prevention. A study conducted by the USA Swimming Foundation found that 64% of Black children have little to no swimming ability, compared to 40% of white children.

In Pennsylvania, Black children have a 50% higher rate of accidental drowning than white children — a metric which has remained unchanged for more than 20 years.

Prizzia said that she wants people to come away from "Pool" understanding the connection between water, social justice and public health.

"The more I learned about the connection between land use and healthy waterways, the more I could see that the story of all water is a story of social justice," Prizzia said in a statement. "Where there’s irresponsible development, pollution, poor infrastructure, a lack of green space and buffers between land and water, there will also be compromised water bodies and systems — the vital and wondrous living systems we all depend on."

We're excited to announce the opening of POOL!

The 4,700-square-foot space is set up in the former Kelly Natatorium, which was once an indoor swimming pool from 1961-1972 until it was damaged by flooding.

Fairmount Water Works originally opened along Boathouse Row in 1815 as a water pumping station. After closing in 1909, the building became home to the Philadelphia Aquarium from 1911-1962. In recent years, the Philadelphia Water Department has used it as a public education center.

Philly opened its first outdoor public pool in 1883 and now has the largest number per resident of any major U.S. city, the exhibit's organizers said. There are more than 70 pools across the city – one for every 22,000 residents.

"Pool" was originally scheduled to open last September, but was postponed due to the flooding of the Schuylkill River caused by Hurricane Ida. While the exhibition was not harmed, the building where it is housed has been damaged by rising waters for several decades.

The exhibit is free and will be open Wednesday through Friday from 11 a.m.-5 p.m. and Saturdays from 10 a.m.-5 p.m. It will close in September and reopen next March.

"Pool: A Social History of Segregation"