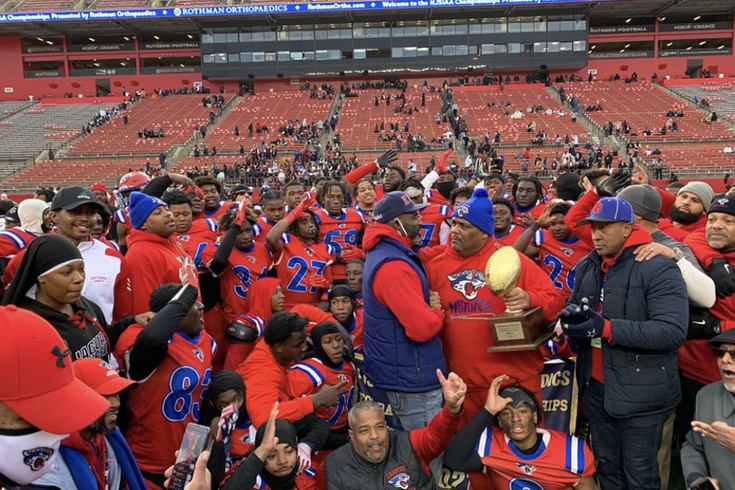 The East Orange High School football team in Essex County, New Jersey won a state title with their Dec. 5 victory over Clifton. East Orange lineman Dieunerst Collin celebrated the win with a throwback to the 'Terio from Popeyes' meme that made him viral and once tormented him as a kid.

Becoming a meme can often be overwhelming for otherwise ordinary people who suddenly become internet famous on account of an expression they made or something they once said.

There are countless examples of images or videos we've all seen that trace back to a person who never imagined they would become cultural symbols. Sometimes they have interesting life stories.

Take the widely-known Jacksonville Jaguars fan who laughed and held out his hand in bewilderment as his beloved NFL team sputtered during a red zone drive in 2010. The man has become a perfect embodiment of "WTF is this crap?" over the past decade, but few people would guess that he was a graduate of Columbine High School in Colorado and had been a student there during the infamous shooting in 1999.

Then there's Michael McGee, the high school kid who became a meme over of a photo of veins bulging from his face in a classroom. There was a delay of about two months before the photo, taken by a friend of his, spread across the internet. McGee only found out about it when he received tons of text messages, and later expressed frustration that he didn't copyright the photo immediately after it went viral.

That brings us to Dieunerst Collin, a football player at East Orange High School in Essex County who won a state title last weekend when his team defeated Clifton, 30-24, in a triple overtime thriller.

Collin became an internet sensation in 2013 when a stranger filmed a Vine video of him waiting in line at a Popeye's restaurant. The video referred to Collin as "Terio," and it showed him looking understandably uncomfortable as he shifted his eyes around, unsure what to make of the situation.

On Sunday, Collin tweeted that he has come a long way in his life since that viral video, which was filmed when he was nine years old.

In an interview with Sports Illustrated, Collin explained that the video used to upset him. Strangers would recognize him and call him Terio, which he interpreted as bullying, and the meme was not good for his self-esteem.

"When it first happened, I kind of felt sad about it. It was somebody randomly recording me, and I’ve never been viral before," Collin said. "When it first came out, I would take it as bullying, every time I used to hear ‘Oh, Terio, Terio,’ and that’s not my name … a couple weeks later, I figured out it was me based on the video. I got kind of emotional, cried a little bit. Over the years, I got over it.”

Collin explained that he plans to attend college and hopes to one day work in sports broadcasting if a football career doesn't materialize for him.

It's easy to pass around memes or passively observe them without thinking too much about the people who make them possible. In Collin's case, it's a lesson that sometimes they don't feel very innocent — especially for a kid — but that they can eventually become a test that helps a person grow stronger.