President Biden to deliver primetime speech in Philadelphia on Thursday

As the midterm elections draw closer, Biden will warn about the threats he sees on American democracy 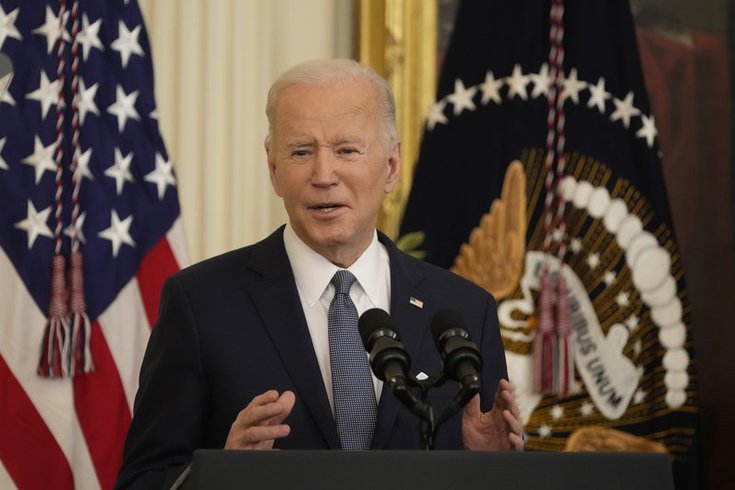 President Joe Biden will deliver a primetime speech outside Independence Hall in Philadelphia on Thursday. The White House says he will address how American rights and freedoms are 'still under attack.'

With Independence Hall as a backdrop, President Joe Biden will deliver a primetime speech Thursday that examines how American rights are "under attack," according to the White House.

Biden will warn about the threats he sees on democracy as he makes a round of appearances in Pennsylvania that come with November's midterm elections on the horizon. The president will make a stop in Wilkes-Barre on Tuesday and later head to Pittsburgh for its Labor Day parade.

In Philadelphia, Biden will echo the message from his 2020 campaign, which began with a rally in the city.

Biden has sought to portray the November elections as a battle between Democrats and right-wing Republicans who embrace the "Make America Great Again" ethos of former President Donald Trump. Last week, Biden slammed Republicans who support the philosophy, calling it "semi-fascism."

Biden's approval rating fell to a record low in July, but it is six points up to 44%. Last week, he announced a student debt forgiveness program that would benefit an estimated 43 million Americans. People who received Pell grants would have up to $20,000 in debt canceled people; for others, the maximum is $10,000.

Biden canceled previously-scheduled trips to Philadelphia and Wilkes-Barre in July when he contracted COVID-19. Pennsylvania is one of few states holding competitive gubernatorial and U.S. Senate contests this year.