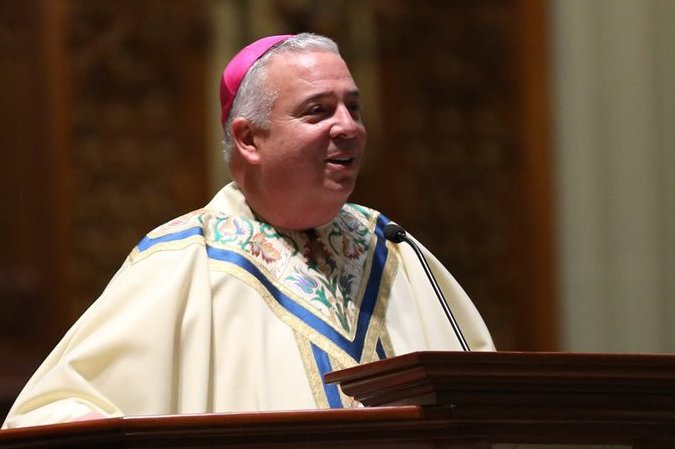 Archbishop Nelson Perez said in a letter on May 5, 2020, that the Archdiocese of Philadelphia will pay an estimated $130 million to the victims of clergy sex abuse.

The Archdiocese of Philadelphia has paid nearly $44 million in reparations, so far, to those sexually abused by clergy, and the total the church is expecting to pay to victims is estimated will be $130 million, the church announced this week.

In a letter to Philadelphia Catholics on Tuesday, Archbishop Nelson Perez revealed those sums and the archdiocese's plan fund payouts to additional victims.

The Independent Reconciliation and Reparations Program was created by the archdiocese in 2018 to supplement the 2002 Victim Assistance Program. Both programs were created for recording priest abuse claims and compensating victims.

Since the IRRP began, 800 sexual-abuse victims have come forward, and of those, 615 have proceeded to file formal claims. And of those formal claims, the archdiocese has resolved 208 of them, paying a total of $43.8 million, as of April 22, Perez wrote.

That's an average of almost $211,000 compensation to the victims who have been paid to date. The Philadelphia Inquirer reported that average sum is on par with the compensation other Catholic dioceses in United State have paid to clergy abuse victims.

Funding for the IRRP program has come from the "sale of certain Archdiocesan assets, borrowing, and risk mitigation payments from related ecclesiastical entities." The letter also specified that donations made to the Archdiocese of Philadelphia were "used for their donor-intended purposes."

In his letter, Perez asked for the region's Catholics to  pray for survivors of sexual abuse.

"I also take this opportunity to reassure you that the Archdiocese of Philadelphia has a zero tolerance policy for clergy, lay employees, and volunteers who engage in misconduct or abuse of children and takes immediate action when an accusation is made," Pere wrote. "As your Shepherd, I promise that we remain steadfast in building a better world that respects the dignity of each person as a precious child of God."