On 'The Late Late Show,' the British royal visited the LA mansion where Will Smith's character lived in the 90's sitcom 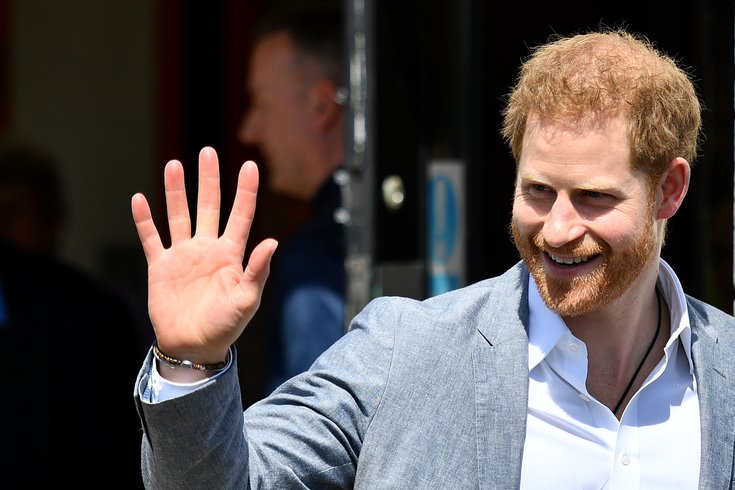 Prince Harry, 36, visited the mansion featured in 'The Fresh Prince of Bel-Air' during an episode of 'The Late Late Show with James Corden' that aired Thursday, Feb. 25.

Prince Harry paid a visit to the home of West Philadelphia's most beloved prince as part of an appearance Thursday on "The Late Late Show with James Corden."

Corden took Harry, 36, the Duke of Sussex, on a sightseeing tour of Los Angeles to celebrate the British royal's recent move to California. They were sitting atop a double-decker bus when Cordon, who is also a Brit, brought up "The Fresh Prince of Bel-Air."

"I feel like you might need a base out in Los Angeles and I actually found the perfect house," Corden said. "The very house that Will Smith turns up to is good enough for the Fresh Prince. It's good enough for a real prince."

Corden, 42, took Harry to the mansion used for the exterior shots of Will Smith's home in the beloved 90s sitcom. Cordon suggested the Duke purchase the house, located in the Los Angeles neighborhood of Bel Air.

Harry tried to sing the beginning of "The Fresh Prince" theme song while the two stood outside the mansion. But the prince needed a little help from Corden, whose show also features the popular singing segment "Carpool Karaoke."

Harry and his wife, Meghan Markle, moved to California after the pair announced they would "step back" from the royal family in early 2020.

During his tour with Cordon, the Duke discussed the couple's decision to distance themselves from royal life. It meant giving up certain traditional duties and privileges granted to members of the royal family.

"It was a difficult environment, as I think a lot of people saw," Harry said. "We all know what the British press can be like. It was destroying my mental health. I was like, 'This is toxic.' I did what any husband and any father can do and I got my family out of there."

Harry and Markle have a one-year-old son named Archie. Their California home is located in Montecito, Santa Barbara County, about two hours from LA.