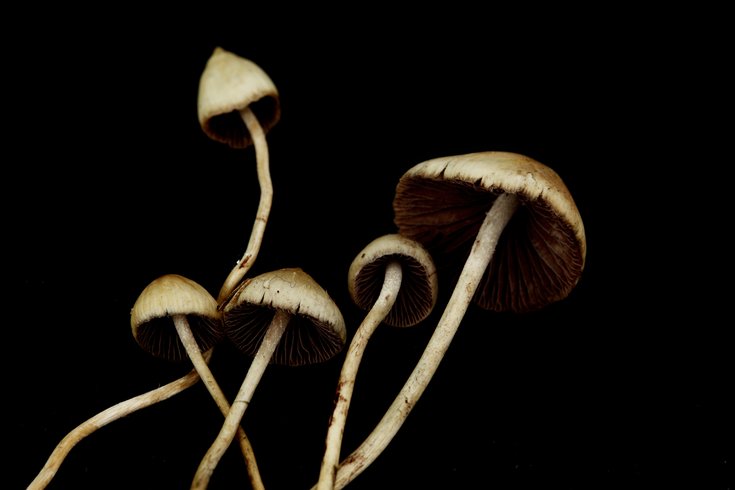 Cancer patients that were given psilocybin, a psychedelic compound found in magic mushrooms reported feeling less anxious and depressed immediately following the treatment, according to a study by New York University. And they sustained those improvements years afterward.

Cancer patients that were given a compound found in magic mushrooms reported feeling less anxious and depressed immediately following the treatment. And they sustained those improvements years afterward.

It remains unclear whether the improvements are solely due to the combination of psilocybin, a psychedelic compound, and therapy, or whether other factors played a role. But the findings of the study, published Tuesday in the Journal of Psychopharmacology, are intriguing.

In 2016, researchers at New York University's Grossman School of Medicine studied the immediate effects of psilocybin on cancer patients, administering a single dose of psilocybin. Five years later, the researchers reached out to the same participants to gauge the treatment's longterm effects.

The initial experiment involved 29 patients who were randomly assigned to receive either the psychoactive compound or niacin, a nutrient that can mimic the physical effects of a psychoactive. All of the patients participated in talk therapy.

The patients who received psilocybin reported immediate and significant improvements to anxiety and depression. Overall, the patients felt less hopeless — a common psychiatric symptom in those diagnosed with cancer. The single dosage also improved spiritual well-being and attitudes toward death. The same positive effects were found in patients six months later.

Researchers then followed up with the same patients both three and 4.5 years after the original dose. They found that patients reported the same positive effects and had maintained decreases in anxiety, depression and hopelessness.

There were more than 18.1 million cases of cancer diagnosed in 2018, according to the World Health Organization. Patients diagnosed with cancer often suffer from depression and anxiety.