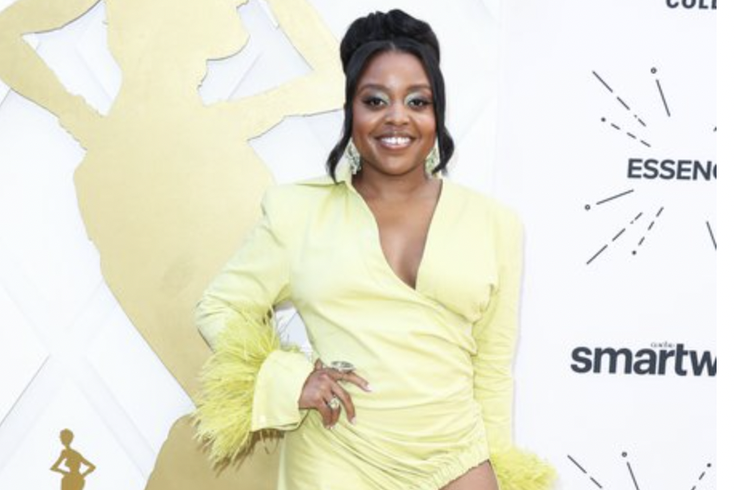 Emmy-nominated Quinta Brunson has inked an exclusive deal with Warner Bros. to produce future content across its platforms.

Quinta Brunson has inked a multi-year deal with Warner Bros., the producer of her hit TV show "Abbott Elementary," to exclusively create new projects for its various platforms.

The Emmy-nominated comedian has worked with the studio since 2018. She will continue to executive produce, write and star in "Abbott Elementary," which returns Aug. 21 for its second season on ABC.

"I'm excited to expand my long-running creative partnership with Warner Bros.," Brunson said. "With Abbott as our anchor I look forward to what we'll create next."

"What Quinta and her 'Abbott Elementary' team have achieved in the first season is just extraordinary," Dungey said. "We cannot wait for Season 2, and to explore many future projects with her in the coming years. I'm so grateful that Quinta is part of our WBTV family, and I look forward to many more years of successful collaboration."

The deal with Warner Bros. continues a remarkable year for the Philadelphia native, who was named to Time Magazine's "100 Most Influential People" list in May.

"Abbott Elementary," which is produced in conjunction with 20th Television, a Disney-owned television production company, secured five Emmy nominations in its first season. They included outstanding comedy series and Brunson's nomination for lead actress in a comedy series.

Brunson, 32, made history as the youngest Black Woman to be nominated in the comedy actor category and the first Black woman to secure three comedy award nominations in the same year.

The show – a mockumentary that chronicles a group of teachers in an underfunded Philadelphia elementary school –was both critically acclaimed and commercially successful.

In January, "Abbott Elementary" became the first ABC show to quadruple its initial ratings. It later earned a 100% rating on Rotten Tomatoes' Best TV Series list, which ranks shows based on hundreds of reviews from critics.

Last month, "Abbott Elementary" secured a joint streaming deal with Hulu and HBO Max, a subsidiary of Warner Bros. Discovery. New episodes will continue to become available on Hulu the day after they are broadcast on ABC. Once an entire season is complete, it will appear on HBO Max. The first season will become available there on Aug. 20.

Brunson also has a role as Ivy in the upcoming animated series, "Cars on the Road," which will debut Sept. 8 on Disney Plus.

Brunson's meteoric rise began in 2014 on social media. Her YouTube series, "The Girl Who's Never Been on a Nice Date," caught eyes, landed her a role as a video producer at Buzzfeed.

In 2018, Brunson was named a co-star in The CW pilot series, "The End of the World as We Know It," but the show was not picked up.The next year, she began to write for the HBO comedy series, "A Black Lady Sketch Show," created by Robin Thede. She later left the show to work on "Abbott Elementary."