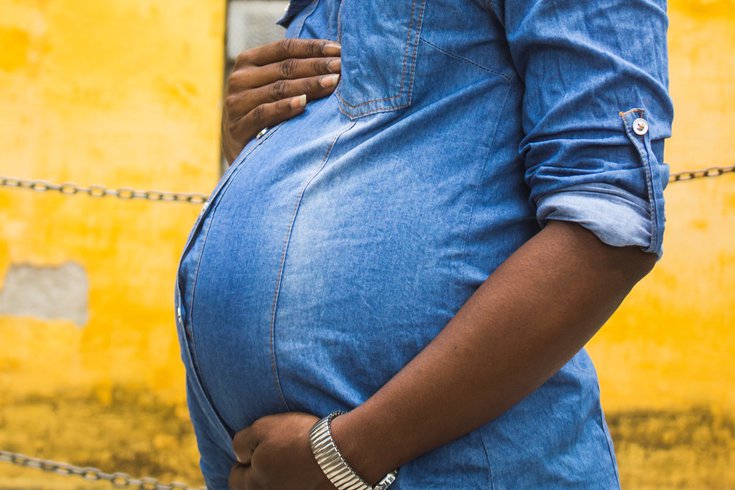 Black women under age 24 in the Philadelphia region are at a higher risk of suffering severe childbirth complications than white women over age 35 — the age group traditionally considered high risk, according to a new Blue Cross Blue Shield Association report.

The rate of childbirth complications among adult women continues to rise across the United States, and Black women are at a particularly high risk.

That risk is even more pronounced in the greater Philadelphia region, where severe maternal morbidity rates are nearly 190% higher for Black women, according to new report from the Blue Cross Blue Shield Association.

The study comes two months after the city's Maternal Mortality Review Committee released data showing Black women in Philadelphia are four times more likely to die of pregnancy-related causes. Black women made up 73% of deaths from 2013 to 2018 despite accounting for just 43% of overall births.

The Blue Cross Blue Shield report examined the 21 childbirth complications that the U.S. Centers for Disease Control and Prevention considers indicators for severe maternal morbidity. They include kidney failure, sepsis, shock and eclampsia, a serious complication of preeclampsia when women has seizures that may result in brain damage or coma.

Black women in the Philly region have a higher prevalence of cardiac diseases than white women – 2.4 per 100 compared to 1.5 per 100. Researchers said this finding is critical because women with cardiac disease are at 14 times higher risk of developing severe maternal morbidity.

The researchers found that Black women under age 24 are at a higher risk for severe childbirth complications than white women over age 35, the age group traditionally considered high risk.

Hispanic women also have an elevated risk of complications during labor and delivery. In the last two years, their rate of severe childbirth complications increased 19%, according to the data.

Women in majority Black and Hispanic communities have higher prevalence rates for nearly all of the severe maternal morbidity indicators examined. For Black women, kidney failure was the most common complication. For Hispanic women, it was a hysterectomy.

The rates of pulmonary edema or acute heart failure were almost three times as likely among Black women than their white counterparts.

Blue Cross Blue Shield also surveyed nearly 750 women about their pregnancy and childbirth care experience in the last year. Only 62% of Black mothers completed all recommended prenatal visits. The most common reasons for missing visits were transportation difficulties and scheduling conflicts. The survey included commercial, Medicaid, Medicare and uninsured individuals.

Overall, Black and Hispanic women said they were less confident that they would receive the care they need and didn't feel comfortable speaking openly with their health care providers.

"Maternal health disparities in our region are among the highest in the nation," said Dr. Richard Snyder, chief medical officer at Independence Blue Cross. "We cannot and should not accept these gross disparities, especially in one of the most advanced regions for health care. We must address these issues immediately to ensure that women of all races experience healthy pregnancies and babies."

In April, Blue Cross Blue Shield pledged to reduce racial disparities in maternal health by 50% within five years. The health insurer put together an advisory panel of doctors, public health experts and community leaders to shape its strategy.

Through Baby Blueprints, pregnant women can get behavioral health screenings and social need assessments for issues such as transportation and food security. The Bright Start Maternity Program is a medical assistance program that ensures members get early and ongoing prenatal care.