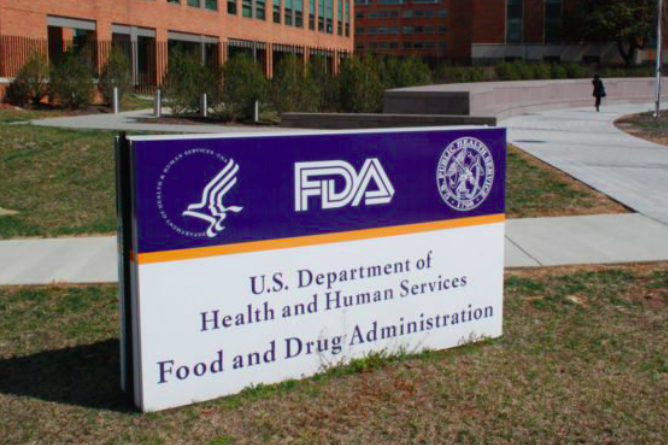 The FDA approved Aduhelm, a new Alzheimer's disease treatment, but is requiring Biogen to complete a large, clinical trial to confirm its effectiveness.

The first new treatment for Alzheimer's disease in nearly 20 years was approved by the U.S. Food and Drug Administration on Monday.

The drug, Aduhelm, targets a toxic protein that damages neurons rather than simply treating symptoms of the disease. This damage is believed to lead to the cognitive decline associated with dementia. The FDA hailed the treatment as the first of its kind.

"Currently available therapies only treat symptoms of the disease; this treatment option is the first therapy to target and affect the underlying disease process of Alzheimer's," FDA Director Dr. Patrizia Cavazzoni said. "As we have learned from the fight against cancer, the accelerated approval pathway can bring therapies to patients faster while spurring more research and innovation."

Aduhelm, produced by Biogen, is designed to slow cognitive decline. However, it isn't a cure for Alzheimer's and it can't reverse the progression of the neurodegenerative disease.

Though many people with Alzheimer's have been strongly advocating for this new treatment, some scientists say there isn't enough evidence of the drug's efficacy. The FDA approval was granted despite the objections of its own advisory committee and the concerns of many outside experts.

Others say there is enough data to support the approval and cite the urgent need for new treatment options. About 6.2 million Americans are living with Alzheimer's; about 2 million of them have early-stage Alzheimer's and will be eligible for treatment. It must be administered intravenously once a month.

"This FDA drug approval ushers in a new era in Alzheimer’s treatment and research," said Maria C. Carrillo, chief science officer of the Alzheimer's Association. "History has shown us that approvals of the first drug in a new category invigorates the field, increases investments in new treatments and encourages greater innovation. We are hopeful and this is the beginning — both for this drug and for better treatments for Alzheimer's."

Because of the concerns over insufficient evidence, the FDA only granted conditional market approval. Biogen is expected to complete a large clinical trial to confirm the drug's clinical benefits.

The FDA's decision was based on data from three studies that included 3,482 participants. The participants who received the treatment showed significant reduction in amyloid beta plaque buildup while the patients in the control group showed no plaque reduction at all. The plaque buildup was measured using positron emission tomography imaging.

But the drug's effect on cognitive decline were less clear.

Two Phase 3 studies were stopped in March 2019 after independent monitors determined that the drug was unlikely to benefit patients. But a new analysis, released in October 2019, showed that Aduhelm had slightly slowed cognitive decline in one of the two studies.

Phil Gutis, a board member for the Alzheimer's Association Delaware Valley Chapter who is also living with early stage Alzheimer's, told PhillyVoice that he has participated in the drug's clinical trials for the past 5 years. And while he still has some memory gaps, he said he feels better than he did when he first entered the trial.

"The Alzheimer's community has been waiting a long time for this type of treatment that targets causes of the disease instead of just masking symptoms," he said.

He emphasized though that Aduhelm is designed for people in the earliest stages of disease progression which is bittersweet because many people with Alzheimer's are already in later stages of the disease.

Dr. Ronald Petersen, director of the Mayo Clinic Alzheimer's Disease Research Center, told STAT, "For patients who qualify, I'm hopeful for them. Now we have a potential treatment for them that may modify the underlying disease course. But the largest responsibility for us is to educate patients and physicians as to what this means. This is not going to be penicillin for Alzheimer's disease."

The prescribing information for Aduhelm will include a warning about potential temporary brain swelling which can cause headaches, confusion, dizziness, nausea and vision changes. This brain swelling, headache, fall risk, diarrhea and confusion or disorientation were the most common side effects.