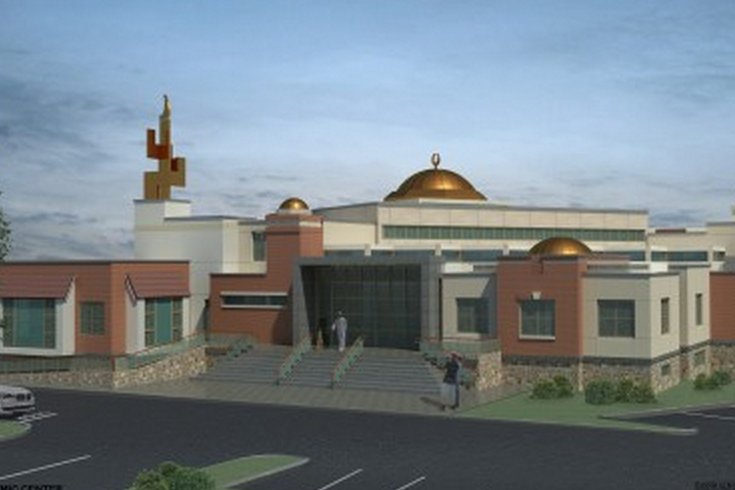 Above is an architectural rendering of a mosque proposed to be built in Bensalem, Bucks County, by the Bensalem Masjid.

Litigation challenging a Bucks County town's denial of a variance that would have cleared the way for a Muslim organization to build a mosque will proceed after a federal judge refused to dismiss the religious discrimination lawsuit filed by the U.S. Department of Justice.

Bensalem Masjid, a nonprofit Muslim organization based in Bensalem, wants to build a mosque in the township, but the zoning board has denied its request for a the variance. The legal dispute traces to 2014.

On Monday, U.S. District Justice Michael Baylson denied a motion from Bensalem officials to toss the case, enabling legal proceedings to continue in U.S. District Court for the Eastern District of Pennsylvania.

RELATED STORY: FBI reports hate crimes against Muslims up by 67 percent in 2015

At issue is whether the Bensalem Township Zoning Board was justified in denying Bensalem Masjid's variance application in November 2014.

Bensalem code restricts religious institutions to building within a portion of the township zoned as the "industrial district." Religious groups may still build elsewhere, but they must obtain zoning relief from the township.

Bensalem Masjid sought to build its mosque outside the institutional district after a five-year search for a space within the district proved unsuccessful.

The Department of Justice filed a lawsuit against Bensalem in July, alleging the township had acted with religious discrimination. The suit was consolidated with a lawsuit filed by Bensalem Masjid in 2014.

The Justice Department alleges Bensalem treated similar variance requests more favorably than it did the application of the masjid. The lawsuit also claims the mosque proposal qualifies for a variance under the criteria the township applied to previous variance requests. It cited seven zoning variances given to various religious institutions, including Holy Ghost Preparatory School, Gwynedd-Mercy College, Samarapan Hindu Temple and Mongkoltepmunee Temple.

After its unsuccessful search within the institutional district, Bensalem Masjid entered a lease with an option to buy three adjoining properties on Hulmeville Road. Two of the properties are zoned residential; the other falls under the business professional district. 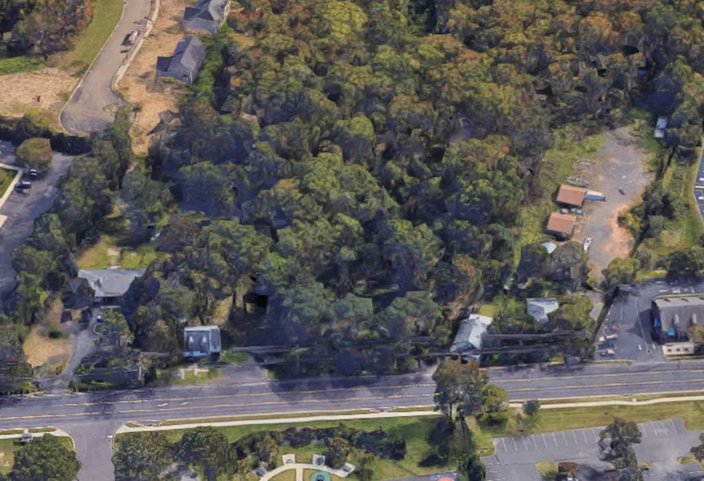 Bensalem Masjid has entered a lease with an option to buy three adjoining properties on Hulmeville Road to build a mosque. Two of the properties are zoned residential; the other is in a business professional district.

The zoning board denied the request, by a 4-0 vote, after six public hearings held over several months.

The board raised questions regarding the size of the mosque, its uses, parking, traffic and the growth of the group's membership. The group attempted to address those concerns by reducing the proposed mosque's size, increasing parking spaces and offering a second prayer service on Friday afternoons, the DOJ claims.

Bensalem previously granted another Muslim congregation, Faith Unity, a permit to build a mosque within the township, according to Philly.com.

Bensalem Masjid currently holds its Friday afternoon worship in a fire hall leased by Faith Unity. But the arrangement causes its members to violate several of their religious beliefs.

The fire hall is not a deeded property dedicated to God, and it is not positioned toward Mecca. It also does not adequately allow the group to adhere to religious practices, like the separation of sexes during worship, or provide facilities to perform "wudu," a ritual cleansing of body parts before prayer.

In its motion to dismiss the lawsuit, Bensalem's lawyers argue the township's zoning board should be joined in the suit, because only it had the power to grant a zoning variance. But Baylson ruled it was not a required party because the township hold the authority to enforce zoning decisions and can amend zoning ordinances at issue.

Bensalem Township also argued the DOJ failed to sufficiently state a claim in each of its four counts. Baylson ruled otherwise, denying motions to dismiss each count.