By Andrew Parent and Patricia Madej 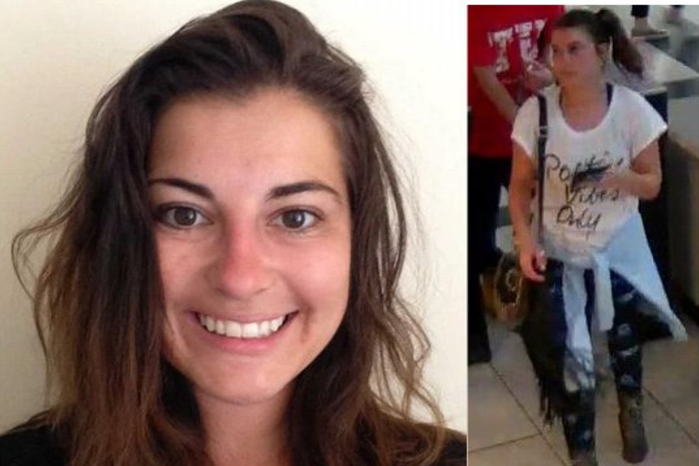 Police found blood, large amounts of drugs and cash when they searched the North Philadelphia home of a man questioned in the disappearance of a Temple University student last seen near the campus, according to a report.

Police are searching for Jenna Burleigh, 22, a commuter student from Harleysville in Montgomery County. She was last seen around 2 a.m. Thursday in the area of Pub Webb, an off-campus bar and restaurant at 1527 Cecil B. Moore Ave.

The Philadelphia Inquirer reported Saturday that police found blood splattered near the kitchen sink, rear door and on a trash can lid when they executed a search warrant Friday night at the 29-year-old man's home in the 1700 block of North 16th Street. The man is reportedly a friend of Burleigh's.

Police also found 10 to 15 pillow-case sized bags of marijuana and about $20,000 in cash, according to the report.

Police spokeswoman Tanya Little said she could not confirm nor comment on any evidence that may have been found. She did confirm that police searched the home Friday night and could only say that credible information led them there.

According to 6ABC, the friend's roommate told police he found what looked like blood stains in certain areas of the home.

The news organization reported that Pennsylvania State Police picked up the friend at his grandmother's home in Scranton on Friday afternoon. After questioning, police obtained the search warrant for the North Philadelphia home, 6ABC reported.

The man is in police custody, but no charges have been filed, Little said.

Multiple news outlets also reported Saturday that police began searching a home along the 800 block of Waverly Avenue in Jenkintown, according to multiple reports. Little could only confirm that the case took investigators outside city limits.

The Inquirer reported that the home belonged to the man's mother and stepfather.

The Inquirer also reported that local surveillance cameras contained footage of the man walking with Burleigh to his house early Thursday morning. Sources also told the newspaper that the man, whose identity has not been released, is a former Temple student who last took classes in the spring and that he and Burleigh met at a bar.

Burleigh is a junior studying film and media arts. She transferred from Montgomery County Community College to the university for the fall semester, Temple spokesman Ray Bentzner told NBC10.

Temple police posted a flyer on its Twitter page Friday asking for help in finding the student after she was reported missing to the Lower Salford Police Department in Montgomery County.

The university is working closely in the investigation with Lower Salford and Philadelphia police, Leone said.

We need your help in finding Temple student Jenna Burleigh, who was last seen on August 31st at 2am. Please share any information. pic.twitter.com/eqRnyjcc3u