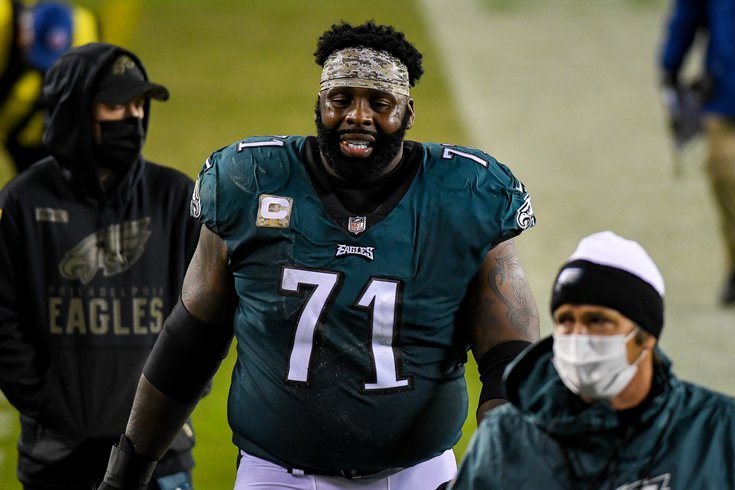 According to a report from John Clark of NBC Sports Philadelphia, the Eagles will start Jordan Mailata at LT on Monday night against the Seattle Seahawks, with Jason Peters moving to RG.

Sources tell me Jason Peters is moving to right guard and Jordan Mailata is heading back to left tacklehttps://t.co/9qyHPvMhYr

Peters missed four games in the middle of the season, and was arguably outplayed by Mailata, who filled in at left tackle for him. When Peters was ready to return, most Eagles observers, from media types to diehards to more casual fans, assumed the logical move was to allow Mailata to stay and LT and insert Peters back in at RG. Instead, the Eagles benched Mailata for Peters at LT, and an ineffective Matt Pryor started at RG.

To be determined if the Eagles will soon be taking up the media and fanbase on some other obvious suggestions, such as getting Carson Wentz out of the pocket more, or taking Wentz out of the game in favor of another useful player (like a wide receiver) when Jalen Hurts comes in for his snaps.

The timing of this move is curious, in that Pederson stated clearly on Monday that Peters would start at LT Week 12 and beyond. "He's our left tackle moving forward," Pederson said. In Clark's report, a turf toe injury was cited as the reason for the move.

"I’m told Peters has been giving it his all and has been playing through turf toe. It got aggravated when he was rolled up on in Cleveland. It is his point foot, his left foot, which is so important for a left tackle."

The fact that Peters did not appear on the Eagles' initial injury report on Thursday runs contrary to Clark's source's messaging.

To be clear, this is the correct move, but it's one that should have been made a month ago.