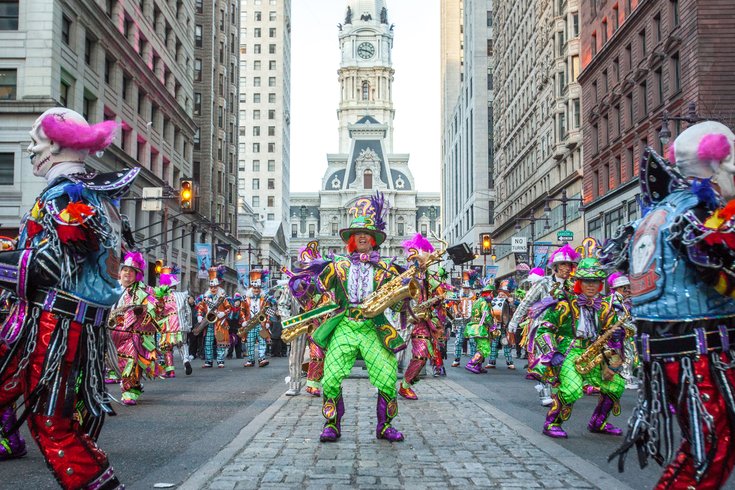 A scene from the 2015 Mummers Parade is shown. Mummers leaders and city officials appear set to decide on Saturday whether to postpone the 2018 parade because of a deep freeze predicted for New Year's.

Organizers and Philadelphia officials are considering postponing the 2018 Mummers Parade because of the extremely cold New Year's Day forecast that is predicting high temperatures in the teens or low 20s on Monday.

The sides met Thursday to discuss possibly rescheduling the parade for the following weekend, NBC10 reported.

Early New Year's forecasts show a low of 10 degrees on New Year's Eve and a high of 20 on New Year's Day, according to the National Weather Service. Wind chills could make it feel like the temperature is in the single digits or even below zero.

One Mummers leader, String Band Association President John Pignotti, told the Inquirer on Thursday that Mummer's members would have difficulty playing through such bitter conditions.

"No way we could parade," Pignotti told the newspaper. “Aside from cold weather, you have heavy winds here, too.”

The final decision appears set for noon Saturday. If the city decides to postpone the parade for the first time since 2007, it would reportedly be slated for Jan. 6.

But the city appears unwilling to make such a move, according to the Inquirer. Assistant Managing Director Leo Dignam told the newspaper that as of now, the parade will happen Monday, "barring any freak storm." He also added that parades have been canceled because of rain or snow in the past, but not low temperatures.

The heads of the five Mummers divisions – string bands, fancy brigades, wench brigades, comic division and fancy division – will reportedly vote Saturday in conjunction with the city on whether the parade will be moved.