A small number of locations accounted for most infections last spring. But the findings may not hold true for the winter 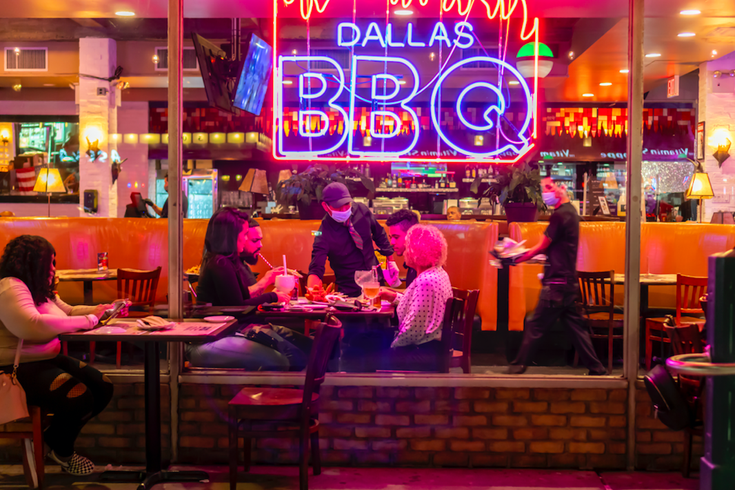 There are lessons to be learned from the United States' initial response to the COVID-19 crisis with winter approaching and new cases escalating to record highs throughout the country.

But when occupancy limits are set, they found COVID-19 infections are reduced substantially. That underscores that officials should not be restricted to an all-or-nothing approach to reopening strategies.

"Our model predicts that capping points-of-interest at 20% of maximum occupancy can reduce the infections by more than 80%, but we only lose around 40% of the visits when compared to a fully reopening with usual maximum occupancy," study author Jure Leskovic, an associate professor of computer science at Stanford University, said during a press briefing.

Restaurants were the riskiest place – by far, Leskovic added. They were about four times more risky than gyms and coffee shops.

Their model is based on the hourly movements of 98 million people between March 1 to May 2. The researchers noted the COVID-19 cases counts as people traveled to points of interests, including restaurants, religious establishments, grocery stores, fitness centers, hotels and doctors' offices.

Only about 10% of locations accounted for more than 80% of all infections. The places with the highest risk tended to be smaller, more crowded and the types of places where people tend to linger.

The researchers intend to release an interactive tool to help local officials weigh the health and economic consequences of different re-opening strategies.

Still, there were various limitations to the study. It was based on a prediction model – not real-life data. It also didn't include other locations that have been identified as superspreader hotspots, like schools, nursing homes and prisons.

Dr. Amesh Adalja, a senior scholar at the Johns Hopkins Center for Health Security, said the study affirms the belief that certain actives are more risky. But he told STAT that the events of last spring aren't necessarily the best litmus test for the fall and winter. There are many more mitigation measures in place now, including face masks and occupancy limits.

He also noted that the places where COVID-19 is spreading have changed. Experts have pointed to small gatherings as a center of many outbreaks. Those at-home gatherings can't be captured by mobility data.

The National Restaurant Association commented in response to the study that it didn't consider restaurant safety measures, many of which have been adopted in the months following the study period.

The study's findings, published in the journal Nature, also highlight racial and socioeconomic disparities of the pandemic.

People living in lower-income neighborhoods were unable to reduce their mobility as much as people from higher-income areas, researchers found. The places they visited also were more crowded – by about 60%, raising the risk of infection. Visitors also tended to spend up to 17% more time there.

The model predicts that a single visit to a grocery story has double the risk for people from lower-income neighborhoods.