And yes, New Jersey favorite 'Mallrats' made the list 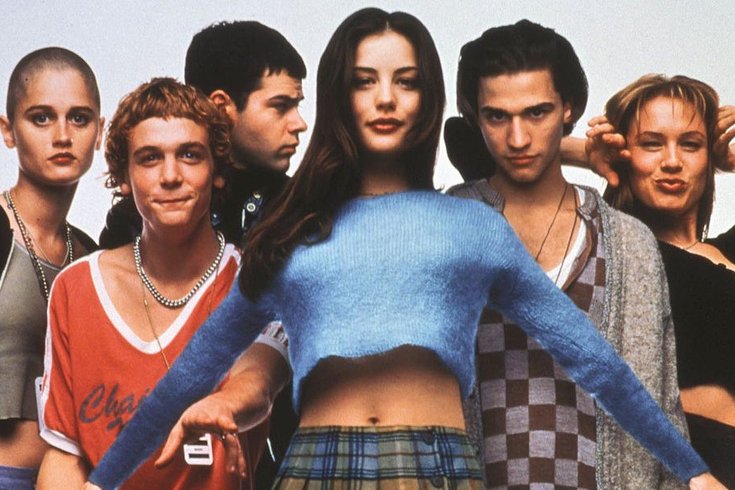 Today, Monday, April 8,  is "Rex Manning Day," and it's trending all over social media. With so much love for this '90s cult classic, we decided to break down the best in '90s alternative soundtracks.

But first, who is Rex Manning, you might ask? Well, he's the fictional pop star from the 1995 film, "Empire Records." The film follows a group of record store employees gearing up for Rex Manning's appearance at Empire Records.

From losing all of the store's money in Atlantic City to dealing with a badmouth shoplifter, the film follows '90s youth as they try to figure out their lives. With a cast like Liv Tyler, Ethan Embry, and Renee Zellweger, it's hard not to love this coming-of-age dramedy.

The cult classic didn't too well in theaters, but its soundtrack peaked at no. 63 on the Billboard 200, and the lead single "Till I Hear It From You" by the Gin Blossoms peaked at no. 9 on the Hot 100.

"Mad Love" stars Drew Barrymore and Chris O' Donnell. The movie was just okay, but the soundtrack was incredible. From Luscious Jackson to 7 Year Bitch to Magnapop - this might be one of the best female-esque soundtracks from the ‘90s. Unfortunately, the soundtrack is no longer available anywhere, but you can still find most of the songs separately. And if you haven't checked out Magnapop or 7 Year Bitch...you probably should.

The film which stars Rose McGowan as a 'teen dream' murderer has one pretty great soundtrack, featuring several female-fronted bands, including Shampoo and Letters to Cleo. It's also the first appearance by California punk band, The Donnas and includes their song "Rock 'n' Roll Machine." The Donnas can also be seen performing during the prom scene.

This New Jersey based film brought to us by Kevin Smith stars Shannon Doherty, Jason Lee, Ben Affleck, and Jeremy London. The soundtrack has a bit of everything. With Elastica and Wax to a whole host of lines from the movie, it's hard not to love it. Smith has reportedly wrapped principle photography for the "Jay and Silent Bob" reboot, which will include appearances with Rosario Dawson, Jason Biggs, and Joey Lauren Adams.

The movie highlighted a trend that was all over England at the time: Brit pop. America had already been introduced to Oasis and their album "What's the Story Morning Glory," but these rave-y and punk beats from English bands, like Blur, set a different tone. The soundtrack loses some '90s alternative points for featuring a number of songs from older acts, such as Blondie and Iggy Pop, but in actuality, does that make it bad? Nah, in the end it just makes it even better.

The classic film, which gave us a never-aging Paul Rudd and “as if!” for the masses, stars Alicia Silverstone as Cher, a rich teen growing up in Beverly Hills. With songs like "Alright" by Supergrass and an acoustic version of "Fake Plastic Trees" by Radiohead, it's one of the definitive '90s soundtracks.

This cult classic, which stars Brandon Lee in his final performance, was on top of the box office after its initial release in May 1994. It's soundtrack followed quickly thereafter, peaking at the no. 1 position on the Billboard 200 in 1994. It’s hard not to love this classic alternative rock soundtrack that brought us "Big Empty" by Stone Temple Pilots. (The song was later added to the band's second album, "Purple.") It also features acts such as Violent Femmes, Rage Against the Machine, and The Jesus and Mary Chain.

This film, which stars Jim Carrey and Jeff Daniels, put the Farley Brothers on the map. The film's soundtrack is nothing short of a classic, with songs like Crash Test Dummies' cover of "Ballad of Peter Pumpkinhead" to Green Jelly's metal version of "The Bear Went Over the Mountain." This soundtrack touches all the right points.

The soundtrack for the film, "Romeo + Juliet," which starred Leonardo DiCaprio and Claire Danes, peaked at no. 2 on the Billboard 200, went triple platinum, and was the second highest selling album of 1997. With songs like "#1 Crush" by Garbage, "Lovefool" by the Cardigans, and "Talkshow Host" by Radiohead, it's easy to see why this soundtrack gets so much love.

The film, which stars Winona Ryder, Ethan Hawke and and Ben Stiller, was a defining movie for Generation X, and the soundtrack, while not quite as gritty and heavy as some of the others on this list, is one of the best alternative soundtracks from the 1990s. Key songs like "Spin the Bottle" by Juliana Hatfield Three and "All I Want is You" by U2 already made the soundtrack a classic, but what sealed the deal was soundtrack's lead single, "Stay" by Lisa Loeb and the Nine Stories. "Stay" peaked at no. 1 on the Hot 100 for three weeks, and the soundtrack peaked at no. 13 on the Billboard 200.

Just because it's Rex Manning Day doesn't mean "Empire Records" has to be the number one. This soundtrack brought us everything from the Gin Blossoms to The Cranberries, and it even gave us "The Ballad of El Goodo" by Evan Dando with Liv Tyler on background vocals. This soundtrack is about as '90s alternative as it can get, from pop alternative like Better than Ezra and The Martinis to punk alternative like "Ready, Steady, Go" by The Meices and "Sugar High" by Coyote Shivers.

Another defining '90s film for Generation X, this film has it all - grunge, Seattle, and even fake band 'Citizen Dick,' which featured real members of Pearl Jam. The movie helped define the grunge movement, and with a soundtrack that featured classic grunge bands like Smashing Pumpkins, Soundgarden and Alice in Chains, it's easy to see why. It would peak at no. 7 on the Billboard 200 in 1992 and was certified 2x platinum.