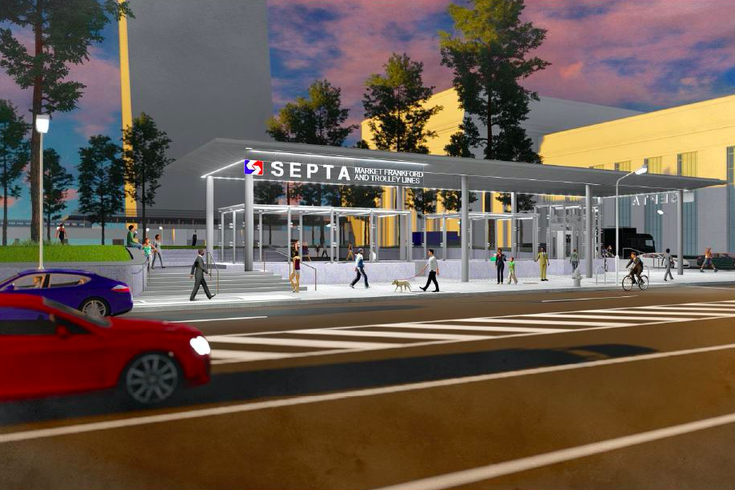 A $15 million grant from the U.S. Department of Transportation will soon enable SEPTA to make major improvements to the Market-Frankford Line stop at 30th Street Station, officials announced.

The federal BUILD grant program, a transportation initiative previously known as TIGER, selects projects from around the country that will have a significant local and regional impact. The program has provided a combined $5.6 billion to 463 projects in all 50 states since 2009.

For SEPTA, the 30th Street Station project will cost an estimated $38 million, including $21 million from the agency's capital budget and $2 million from Brandywine Realty Trust.

“University City is already the region’s second largest employment center, and ridership at the 30th Street Market-Frankford Station has increased more than 20 percent over the past 15 years,” SEPTA General Manager Jeffrey D. Knueppel said in a statement. “This project will allow SEPTA to better accommodate anticipated ridership growth, and we are fortunate to have so many city and regional leaders who value the important role of mass transit and supported our BUILD Grant application.”

The Market-Frankford Line stop at 30th Street Station currently connects approximately 25,000 people to University City each day. That number is expected to grow as the surrounding district is poised for a major transformation over the next 25 years, including the $3.5 billion Schuylkill Yards development. 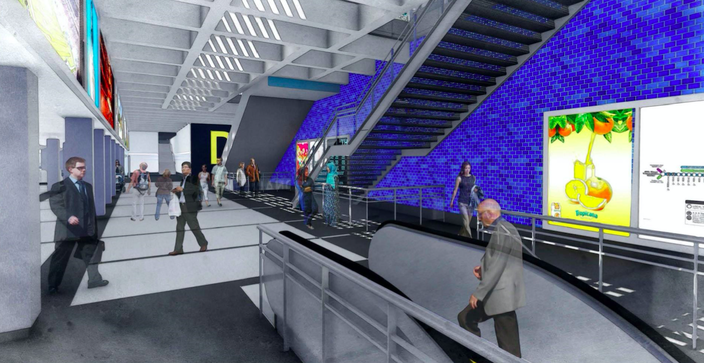 At street level, the north entrance to the station will receive a new glass enclosure and canopy, a new ramp to Drexel Square and new granite stairs, curbs and floor finishes inside the station.

The mezzanine level will see a complete reconfiguration of fare lanes, new elevators and stairs to improve access to Market-Frankford Line trains. Additional elevators will be installed to prepare for the station's future lower level connection to Amtrak facilities.

Other enhancements include upgraded lighting, security and escalators between the street and mezzanine.

Construction on the project is expected to begin in 2019 with an anticipated completion date in 2021. 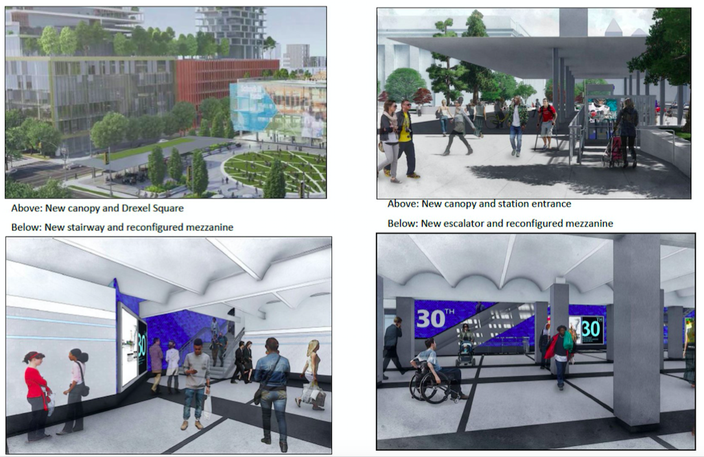 The improvements add another facet to the the city's long-term 30th Street Station District plan, which will add pedestrian, vehicle and transit access points to various positions in and around the historic train station.