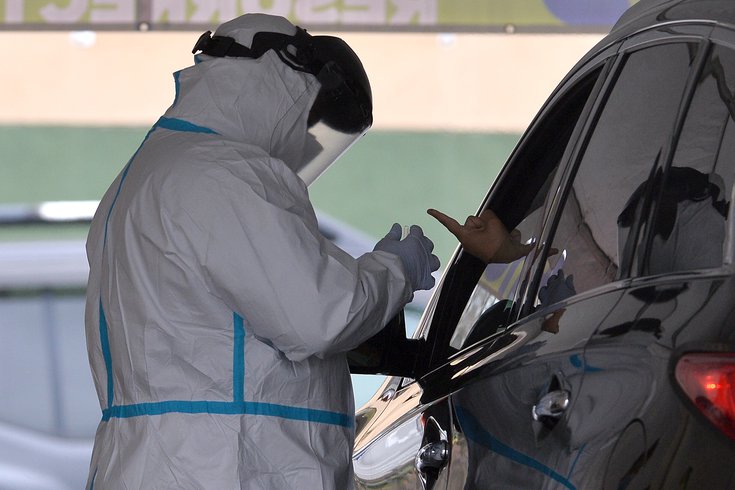 Serology testing determines whether people have been infected by the coronavirus – even unknowingly – and developed immunity by detecting antibodies in patient blood samples. Above, a health care worker administers an antibody test at a drive-in test site in Franklin Square, New York.

Blood tests that indicate whether an individual has developed immunity to the coronavirus may play a key role in reopening society, scientists say.

Serological tests can identify whether a person has ever been infected by the coronavirus – even unknowingly – by detecting antibodies in a patient's blood sample. Those antibodies are the immune system's response to the virus.

By examining the blood of patients who recovered from COVID-19, scientists can better understand the scope of their immunity. If people are found to be completely immune, they potentially could resume their normal lives while the pandemic plays out.

Serology tests have been used to diagnose other illnesses, including HIV, syphilis and measles.

Such tests may be particularly beneficial to people who were never diagnosed with COVID-19, either because they mistook mild symptoms for another illness or never felt sick, according to The Washington Post.

The tests could be used to divide society into two groups: those at risk and those no longer at risk, scientists say. People who had the disease and developed immunity theoretically could begin re-entering society while others remain at home. Such health care workers could work on the front lines without worry.

German scientists are already conducting a mass study to determine whether some residents unknowingly developed immunity via asymptomatic cases. Anyone who has developed immunity potentially could be issued passes or certificates exempting them from COVID-19 restrictions.

However, the level of immunity present in survivors remains unclear. Some scientists assume that survivors are completely immune, but that has not been confirmed.

Additionally, deploying millions of tests to determine whether large portions of the United States population are immune poses another barrier.