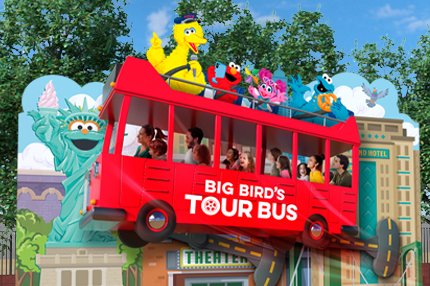 As Sesame Place prepares to celebrate its 40th anniversary season, guests can look forward to a new ride, eatery and play station at the Bucks County theme park.

The family-friendly park in Middletown Township announced the upcoming additions on Monday as a part of a special promotion for 2020 passes.

All season long, Sesame Place will mark the 40th anniversary with birthday-themed decorations and activities.

The new ride will be called "Big Bird's Tour Bus," a red double-decker that will circle around a Sesame Street-inspired cityscape.

A new eatery, ABC Eats, will include healthy wraps and fresh salads.

The park also will add "Slimey's Square," a soft play area for children five and under to climb and crawl, with a seating wall for parents to watch their kids.

Packages for the 40th anniversary season are available here.