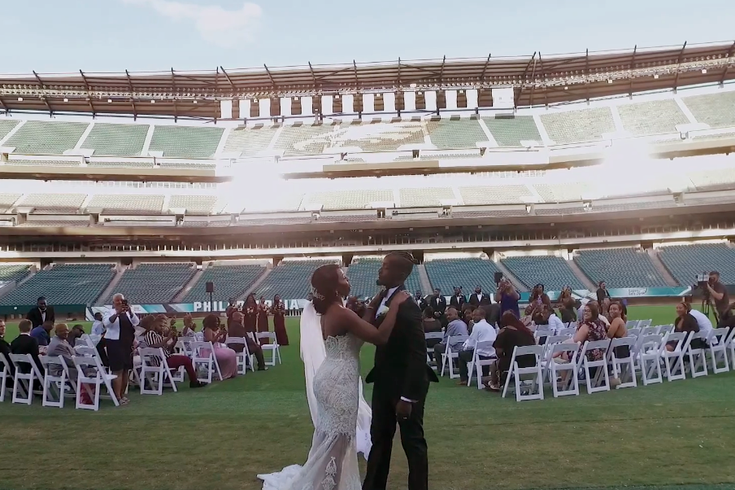 A new documentary produced by the Philadelphia Eagles follows the marriage of Patience Carter and Alex Murray, who were brought together by the mass shooting at Orlando's Pulse nightclub in June 2016.

Patience Carter was just 20 years old when she visited Orlando's Pulse nightclub for an evening of dancing with her best friend, Tiara Parker, and Parker's cousin, Akyra Murray.

By the end of that night — June 12, 2016 — the Philadelphia native was fortunate to be alive. Forty-nine other people, including 18-year-old Murray, had been killed by a gunman in what became one of the deadliest mass shootings in U.S. history.

On Valentine's Day, the Philadelphia Eagles debuted "Sincerely, Patience," a three-part mini-documentary about the love story that brought Carter together with Alex Murray, the older brother of Akyra. The two got married last summer at Lincoln Financial Field after Carter wrote the Eagles a letter.

“Eagles Entertainment is extremely excited to premiere 'Sincerely, Patience' this Valentine’s Day,” said Jen Kavanagh, Eagles senior vice president of marketing and media. “It’s an incredible wedding story about a loving, young couple from Philadelphia who have been resilient in the face of adversity and are now celebrating an inspiring next chapter in their lives."

The documentary features appearances from Eagles players and coaches, as well as interviews with Patience and Alex, who share the way love helped them overcome their losses.

Carter endured months of intensive rehab for the gunshot wounds she suffered in the Pulse shooting. She has been vocal in her support of other mass shooting survivors.

Each part of the documentary can now be viewed on the "Sincerely, Patience" website.