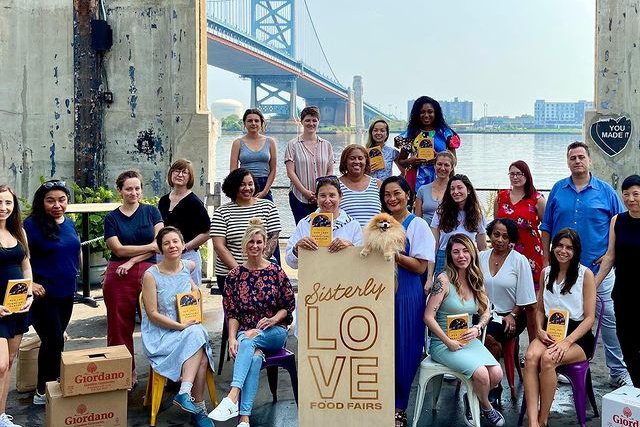 Sisterly Love Collective is hosting a party on Aug. 15 to celebrate the launch of Dana Cowin's new magazine, Speaking Broadly. Cowin was the former editor in chief of Food & Wine. The event will feature panel discussions, cocktails and a pop-up shop.

The Sisterly Love Collective — an alliance of the top women chefs in Philadelphia — is preparing to host a set of panel discussions, a pop-up shop and a cocktail party later this month.

The event takes place Monday, Aug. 15, from 4 to 8 p.m. at The Story Factory PHL, at 1600 N. Fifth St. The collective is teaming up with Dana Cowin, the former editor in chief of Food & Wine, to celebrate the launch of her new magazine, called Speaking Broadly.

Tickets can be purchased online for $75 and include access to the open bar, food and a copy of the magazine. Hospitality workers can purchase discounted tickets for $50.

Two panel discussions with Cowin and several special guests will open the event at 4 p.m. Among them is Valerie Erwin, the former owner of Geechee Girl Rice Cafe, which closed in Germantown in 2015.

Other speakers include Jill Weber, co-founder of Sojourn Philly, and Christa Barfield, founder of FarmerJawn, a community greenhouse in Elkins Park.

Speaking Broadly is an extension of Cowin's podcast of the same name, which she started in January 2017. She created the podcast following her departure from Food & Wine in 2016, after more than a decade leading the publication. The magazine features personal essays, wine and travel recommendations, recipes, and games from listeners of Cowin's podcast.

"For the podcast, I interview women in hospitality about their strengths and what they've had to overcome, their successes, their challenges," Cowin told Food & Wine. "There's so much more awareness and attention focused on gender equity, social justice, that I think what's changed (since launching in 2017) is the public conversation."

In addition to regular food fairs and collaborative dinners, the group develops mentoring opportunities for other women restauranteurs and hospitality workers.