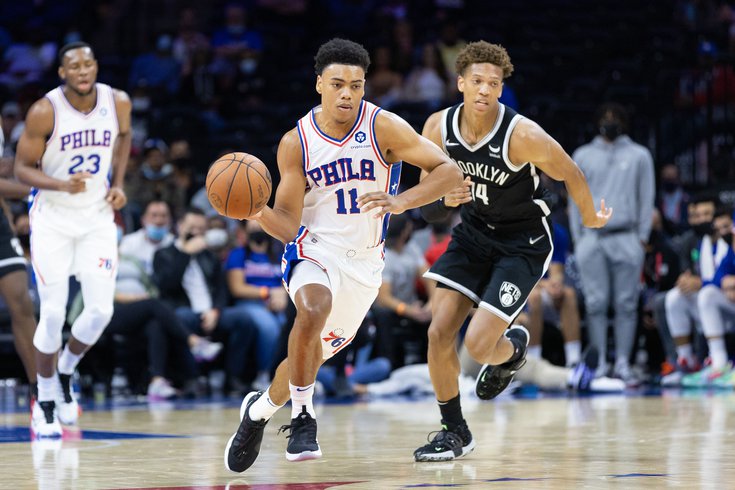 The Sixers' schedule for the 2022 Las Vegas Summer League has been announced, so if you feel like sitting inside and watching basketball in the middle of the summer, boy do I have a treat for you.

Philadelphia is expected to play the following games in July (all times Eastern):

After the final day of games on July 15, two days of games (including a championship game on Sunday, July 17) will be played before the teams head home for the summer.

(A quick reminder: the Sixers will also play three games in Utah Summer League this summer, though whether they have the same group of players for both trips remains to be seen. Those games take place from July 5th-July 7th.)

As of this moment, the players to watch for Philadelphia in Summer League are pretty obvious. 2021 first-round pick Jaden Springer got little-to-no burn for the big-league club last season, so after a year of seasoning with the Blue Coats in the G-League, he will be expected to take a step forward and be one of the leaders of the group in Vegas.

Springer's first go-around in Vegas was pretty rough, though that was to be expected for one of the youngest players in his class.  His defense came as advertised, and he showed running back qualities as a driver toward the basket, though most of his shots came nowhere close to the rim, and he didn't show himself to be a player who can dictate where he goes and gets to on the floor. Springer's intelligence and instincts were sharp in Vegas, with his defensive understanding way ahead of most guys his age. Springer's games in Vegas last season all followed a pretty similar path: ugly first halves on offense with consistent defensive impact throughout, with his best work as an attacker coming later in games. The rook was part of several big second-half runs in Vegas, a testament to his ability to problem solve and adapt on the fly, and that should hopefully bode well for this edition of summer hoops.

Pending their decision at pick No. 23 — namely whether they keep the pick at all — Charles Bassey is the other guy to watch for Philadelphia's Summer League contingent. A talented, if flawed big man coming out of Western Kentucky, Bassey did not make an appearance for the Sixers last summer on the advice of his representation, as they worked to get him a deal more favorable than the average player drafted in the 50s. Bassey would end up signing a three-year deal with a partial guarantee for year two in late September last season, obviously well past when he could have appeared in Summer League.

Unlike Springer, Bassey had a few opportunities to show what he has in a real role for the Sixers last season, and Bassey had a couple of standout performances during Joel Embiid's COVID layoff last fall. But Bassey was ultimately relegated to G-League duty as the season wore on, his last noteworthy appearance coming during an eight-point, eight-rebound effort in a loss to the Hawks last December. Based on the numbers he put up in the G-League last season, Bassey should have no trouble putting up eye-popping numbers in Vegas this summer, building some momentum as he looks to earn a regular role in 2022-23.

Based on the internal chatter this offseason, it seems fair to say Bassey has the more realistic path toward playing time next season, as some in the organization believe the best path forward may be rolling with their young bigs and hoping for one of Bassey or Paul Reed (or perhaps a combination of both) to stand up and win the backup job behind Embiid next year. Whether that's ultimately the path they choose is a different story — Doc Rivers' desire to have a veteran big he trusts has not exactly been hidden — but if Bassey has a strong run this summer, it might help the Sixers feel secure in trusting their youth at an important position next season.

We'll see what kind of team the Sixers end up putting together for Vegas otherwise, but there's at least a hint of intrigue to hold onto anyway.