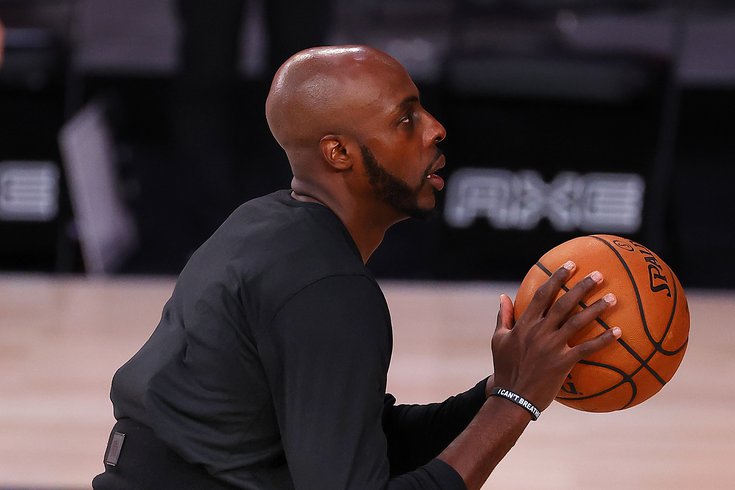 The Sixers have added a veteran.

The Sixers are signing forward Anthony Tolliver to a 10-day contract, a team source confirmed to PhillyVoice on Saturday morning. ESPN's Adrian Wojnarowski was the first to report the news.

With many waiting for a shoe to drop in the buyout market for Philly, the Sixers have opted for the time being to give a guy a look who was out of the league this season. Having last appeared in a game for the Memphis Grizzlies in 2019-20, Tolliver will (presumably) get a chance to show he can still make an impact on an NBA rotation.

There is not a lot of mystery or variety to Tolliver's game. He's going to stand on the perimeter, wait for an opportunity to catch-and-shoot, and let that thing fly. During his final season in Memphis, 75 percent of Tolliver's shot attempts came on catch-and-shoot threes, a number consistent with his shot profile for the majority of his career. For every season the NBA has in its tracking database, dating back to 2013-14, Tolliver shot at least 66% of his attempts on catch-and-shoot threes. It's hard to get more specialized than that.

You can get value out of that sort of player, certainly, and Tolliver has been a relatively decent shooter for most of his career. At 37.3 percent from deep over his career, Tolliver carved out a decade-plus career playing around 15-20 minutes per game for 10 different teams since 2008. And Tolliver's numbers climb up to 39.5 percent in the corners, and in bench groups structured around Joel Embiid, he could be a useful guy to simply stick in the weakside corner and forget about.

Unfortunately, that is about all you're getting with Tolliver, who isn't a playmaker, doesn't have much ability to beat you off the dribble, and hasn't offered much (if any) defensive versatility during his career. After splitting time between small forward and power forward in a league that looked much different at the start of his career, Tolliver has been a power forward pretty exclusively over the last half-decade or so.

When he's been asked to do otherwise, the results have not exactly been there — Tolliver spent 33 games with the Blazers in 2019-20 and split his time almost equally between power forward and small-ball center, and the numbers were pretty gruesome. Perhaps the Sixers will give him a try in a small-ball look built around Ben Simmons anyway, but given his inability to protect the rim and doubts about his ability to thrive in a switch-heavy setting, that feels like a pipe dream.

A best-case scenario probably looks like Tolliver shooting the lights out and taking Mike Scott's place in the rotation, which will likely be minimized as the season inches closer to the playoffs anyway. Tolliver will be Philadelphia's oldest player, with the veteran forward turning 36 on June 1st, so a more likely outcome is that he's not able to offer much and they continue to search for a better option after the 10-day period ends.

Not exactly the starry acquisition many expected when months were spent dreaming of the fruits of the buyout market. But Tolliver does have a signature skill that fits this group, and that appears to be enough to get him a look.