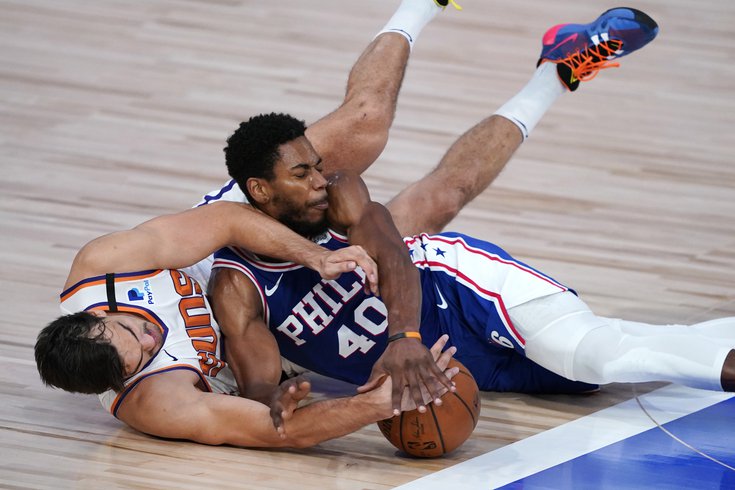 Sixers wing Glenn Robinson III is out with a hip issue, the team said Sunday, and will be re-evaluated in 7-10 days, putting his availability for Philadelphia's series with the Boston Celtics in jeopardy.

Robinson III, who had previously been diagnosed with a left hip pointer after a collision in Philadelphia's second scrimmage game against the Oklahoma City Thunder, underwent further evaluation in the last few days that revealed an oblique muscle strain. The sixth-year forward appeared in just two games for the Sixers during their restart schedule, including 25 minutes during their loss to the Phoenix Suns last Tuesday.

While Robinson III hasn't exactly lit the world on fire since joining the Sixers in early February, it's a sneaky big loss for the Sixers heading into a matchup with the Boston Celtics.

Already down Ben Simmons as part of their plan to deal with Boston's wings, the loss of Robinson III thins their depth even further, giving Brett Brown less options to use off of the bench, or even in a starting capacity if they have to shake things up to deal with Jayson Tatum and Co. Robinson III has prototypical size and athleticism on the wing, and at the very least would not be bullied by Boston's collection of big, scoring wing players.

Assuming the Sixers stick with the starting lineup they ran out in their last couple of regular-season games, their list of credible two-way wings off of the bench is now down to just Matisse Thybulle, who himself is a candidate to get bumped up to the starting lineup if things go poorly with the two-big frontcourt. From Furkan Korkmaz down through Mike Scott, the rest of Philadelphia's bench forwards are either too frail, too slow, or not sharp enough in their rotations to keep up with a loaded Boston perimeter attack.

That puts much more pressure on Philly's starters to get things done, and Shake Milton is already a huge defensive question mark heading into the series. While Josh Richardson will hold his own on Kemba Walker and Al Horford has had success defending bigger wings  — including Toronto's Pascal Siakam in their game last Wednesday — it's a complication they didn't need to add.

My preliminary guess is this benefits someone like Scott, who has come on strong as a shooter over the last week-and-a-half and has the demeanor to succeed in a playoff setting. Beyond that, Tobias Harris will have to eat a lot of minutes and responsibility for the Sixers, putting pressure on the $180 million man to slide into the No. 2 scoring role behind Joel Embiid while raising his defense to another level — and doing so against a team that is tough to stop on the wing.

And with Philadelphia's first four games in the series taking place in the next seven days, culminating in a Sunday showcase game next week, Robinson III could easily be out through the duration of the series if things don't improve. That's not meant to overstate his importance to what they do, but they're running out of duct tape to keep this thing held together.