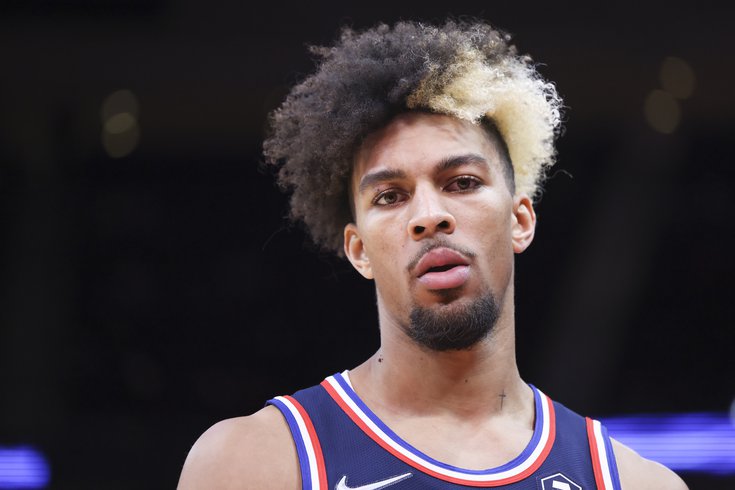 A local favorite is in Philly to stay.

The Sixers have signed Charlie Brown Jr. to a two-way contract, the team announced on Tuesday, elevating the Philadelphia native after signing him to a hardship exception deal last week.

It's a great story for Brown, who spent his high school days at Imhotep and George Washington before spending a fifth prep year in Connecticut, eventually coming home to play for St. Joe's from 2016-2019. Brown has been looking for his opportunity since going undrafted in 2019, bouncing between G-League teams and spot opportunities for pro clubs, with Brown appearing in a 10-day stint for the Dallas Mavericks in late December before the hometown team called him up last week.

Brown has made no secret of his excitement over the opportunity in front of him in Philadelphia, where he has a chance to play for the team he cheered for and grew a love for the game for growing up. In an interview with Sixers.com, Brown described what a surreal experience it has been for him so far, reveling in the strong first impression he made with a Sixers uniform on.

"When I first got on the floor, I had butterflies, and I don't really get butterflies, but I know there were a lot of St. Joe's people in the stands, a lot of family in the stands," Brown Jr. said Monday morning. "It's a blessing to be home and doing what I love to do at the highest level."

To open one of their two-way slots for Brown Jr., the Sixers waived Aaron Henry, who had been with the team since signing a two-way deal last August. In six appearances where Henry predominantly played in garbage time, Henry had just one made shot on five attempts. As we noted in our recap of Monday's win over the Rockets, Brown immediately getting an opportunity to play rotation minutes seemed to bode poorly for Henry, who was passed over in order for Brown to play what would presumably be a similar role.

That speaks to Brown's readiness for the moment, something Doc Rivers said was apparent to his staff prior to his debut last week, with their G-League affiliate passing on strong reviews of Brown.

"Talking [things] through with [Blue Coats coach] Koby Karl and [assistant] J.P. Clark, they just kept saying watching his athleticism, he gets his hands on everything, you'll really like him," Rivers said following the team's win over the Spurs.

Rivers' early trust in Brown suggests there may be a role for him to play in the months ahead, even as the Sixers continue to get healthier and add regular rotation players to the mix. It's not an exaggeration to suggest Brown was one of their better athletes on the team the moment he was added to the roster, and in limited minutes to open his Sixers tenure, he proved capable of playing smart, no-nonsense defense on and off the ball, pestering Philadelphia's last two opponents with his effort and instincts. Though Brown's shooting (or lack thereof) could become more scrutinized in a regular role for Philadelphia, his presence as a swing player gives them just a tiny bit more flexibility, the ability to play more defense-centric lineups if that's the way Rivers decides to sub it.

At the very least, Brown has shown he can play a defined role in a pinch for the Sixers, something that has not been true for a lot of the hardship signings and two-way players around the league. That got him a closer look from the Sixers, and they're keeping him around after he shined during his opportunity. That's what sports are about.