The inspiration for this one is Markelle Fultz

On Tuesday, there will be a keg tapping party at Misconduct Tavern on Locust Street. Attendees can try the beer, called the Emperor's New Jump Shot, and will have a chance to win tickets to the Sixers' home opener on Thursday, Oct. 18.

RELATED: The Sixers want to trademark phrase "Trust The Process" | Sixers training camp notes: Markelle Fultz has a ton of confidence and support around him

The beer, inspired by Markelle Fultz, is a pilsner-style, brewed with blond ale wheat. It's fresh and ready to win, according to Misconduct.

Last season, Sixers-inspired beers included All About the Benjamins in honor of Ben Simmons and Hinkie's Sweet Revenge for Joel Embiid.

The Emperor's New Jump Shot will only be available at the Rittenhouse Misconduct location and at Conshohocken Brewing Co. 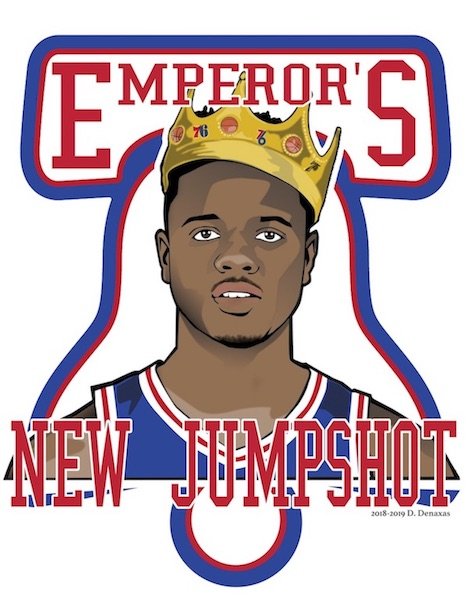 Markelle Fultz has a new jump shot and Misconduct Tavern has a new exclusive beer.